“Interrogate the witnesses extensively; yet be cautious with your words, lest they learn from them to lie,” the sage and leader of the generation, Rabi Shimon ben Shetach admonished the chief justice, Rabi Yehudah ben Tabai. This was because of a grievous error the chief justice had committed.

One day, two men appeared before Yehudah ben Tabai and said, “Today we witnessed a murder. We saw a man kill his neighbor at 10 o’clock this morning. We have this man’s name and address.”


Rabi Yehudah took down all the facts pertaining to the case and dispatched an officer to apprehend the culprit. The murderer was arrested and placed in jail to await trial.

Late in the afternoon, two other witnesses appeared before Yehudah ben Tabai and offered the following startling testimony:

“We come to right a wrong that has been committed today. We have been told that two witnesses have accused a man of murder. One of these witnesses is not telling the truth. He is testifying falsely for he was with us this entire day. How could he have seen the murder, if he was in our company the entire day, and we were on the other side of the city?”

“As to the perjurer, the witness who lied,” shouted Yehudah ben Tabai, “he should be put to death.” This is in accordance with our holy Torah, which states that a perjured witness should suffer the same fate as his victim.

When the Sadducees heard of this verdict, they rushed over to Yehudah ben Tabai and pleaded with him to rescind his order.

”Why should you shed innocent blood?” they asked. “Our Torah only condemns perjured witnesses to death when their intended victim is killed. But if their victim does not die, the witness should not die.”

Yehudah ben Tabai became angry. “Who are you to doubt my verdict?” he exclaimed. “We do not live according to the laws of the Sadducees, who seek only to undermine our religion. Be gone and let me not see you anymore.”

Admonished by the Prince

Sometime later, after the perjurer had been killed, Yehudah ben Tabai chanced to meet Shimon ben Shetach, and relayed the story of what occurred to him.

“May I live to see the consolidation of Israel,” he said, “as I killed an ed zomem (a refuted witness who testified falsely) in order to remove the false opinion out of the heart of the Sadducees who were saying that witnesses cannot become zomemim until the defendant is executed.”

Shimon ben Shetach looked at him with a pained expression and replied, “Why did you do it? Would that I might see the consolidation of Israel if you had not shed innocent blood through your execution. For our sages have said that witnesses cannot become zomemim until the testimony of both is refuted through an alibi, neither are they subject to lashes until the testimony of both is refuted. Refuting one witness is not sufficient, it requires both.”

Yehudah ben Tabai became remorseful and he regretted his hasty action. He then swore: “I will never again issue a decision unless it is done in the presence of Shimon ben Shetach. I will always consult with him.”

Yehudah ben Tabai felt bad and every day he visited the grave of the executed person and cried with bitter tears over this unnecessary death. People hearing the wailing and moans of Yehudah ben Tabai thought that it came from the deceased person.

“Listen to the lamentations from the dead person, which seems to come from his grave,” they would say in fright as they hurried past the cemetery.

But Yehudah ben Tabai put their fears to rest as he explained that it was his moaning that they heard, the moaning from a regretful person who rendered a hasty decision.

After this episode, Yehudah ben Tabai left Israel for Alexandria. Word soon came to him that the people of Israel wanted to appoint him to serve with Shimon ben Shetach. Yehudah was a very humble and modest person and he refused all overtures. The people of Jerusalem persisted in their plea for him to return. They wrote a letter to the king of Egypt: “From the great Jerusalem to the small Alexandria greetings! How long will you keep our betrothed in your midst? The groom is sad and is awaiting her return anxiously.”

When the pressure became too great Yehudah ben Tabai decided to return home. Accompanied by his disciples, he chartered passage on a boat. All the people came out to greet him and he was honored like a king.

Yehudah ben Tabai became the leader of Israel and he judged the people with righteousness and never again was he hasty in his decisions. His everlasting words of advice are as follows: “When serving as a judge, do not act as a lawyer; while the litigants stand before you, consider them both as guilty; but when they are dismissed from you, consider them both as innocent, provided they have accepted the judgment.” 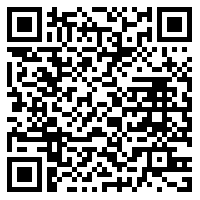