In the midst of a sea of volatile rage—much of it well orchestrated—that’s sweeping the Muslim world over all the little slights that make Muslims angry – here’s something unusual: a group of Muslim Thai demonstrators outside the U.S. embassy in Bangkok, Thailand, last Tuesday.

They’re probably just as upset as any Muslim over the movie clip that depicts their prophet as a skirt chasing pedophile (which brings to mind a guy running after children in skirts – it should be, really, a skirt chaser and a pedophile) – but they don’t burn stuff, they don’t scale the embassy walls, they promote love for Muhammad instead, standing in the rain with “We Heart Muhammad” signs.

I’m certain that even the prophet himself would have been proud to see his disciples behaving with such maturity in the face of adversity. I’m sure he would have interrupted whatever skirt chasing or pedophiling he was engaged in at the time to wave to them enthusiastically.

Yesterday I asked one of our cartoonists for a cute Muhammad toon, just to keep up with events, and she declined politely. Not for fear for her own safety, she said, she lives in a civilized country where it’s OK to make fun of historic figures. But she was worried that somewhere a Jew could be hurt because of something she will have drawn.

She was right, of course, and how very sad a state of affairs is that? 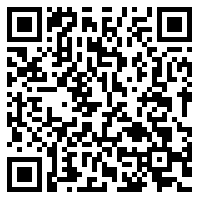