Sukkot is by far the most mystical holiday in the Jewish holiday cycle, with the four species and the sukkah and the daily hakafot in shul.

Every day on Sukkot, except on Shabbat, we walk in a circle around a guy holding the Torah in shul, we all hold up our lulvim and hadassim and aravot and—with considerable difficulty and dexterity—the etrogim, and we recite verses, a special group of verses for each day of the seven-day holiday. On Shabbat we also recite special verses, but we don’t do the circle thing.


Then, on Hoshana Rabbah, the seventh day of Sukkot, everything reaches a crescendo and we recite seven groups of verses, and we circle the shul and the Torah sever times, and then we take a bunch of aravot and smack them five times against the floor – and we feel really weird but at the same time strangely liberated and actually quite content if not outright happy.

So today was Hoshana Rabbah in my new shul in Netanya, and I was recalling my special Hoshana Rabbah minyan on East Broadway, in Rabbi Heftler’s shul, where all the guys who were too impatient to endure the 4-5 hour deal up at the Boyan kloyze (the holy place where the first chassidic rebbe in America lived) would go for a shorter, but very uplifting version nonetheless.

In my new shul they don’t blow the shofar at all between the hakafot (those are the circling of the shul). At Rabbi Heftler’s shul they blow the shofar, and during the verses about the fire and everything we’ve lost in the fire, his voice would break down in a tearful cry that rattled my spine like a well honed lulav.

Granted, my new shul was a whole lot more crowded than Rabbi Heftler’s, where getting a minyan even for Hoshana Rabbah is a considerable task. But our rite today was tamer than I’m used to. And no shofar. I should probably try a chassidish minyan next year.

Have a fabulous two-day yom tov and think of us, here in Israel, getting the second day to tend to our cars and our smartphones… 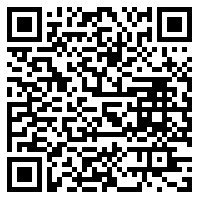