Air force fighter jets flying over the skies of Tel Aviv in a training drill ahead of the annual Independence Day flyover caused police call centers to be swamped with calls from residents of the Gush Dan region Thursday morning.

The IDF failed to provide advance notice of the rehearsals and also of the movement of battleships off the Tel Aviv coast, which are part of a drill that began earlier this week.


“We would like to make it clear that this is a training of aircraft for the Independence Day flight and that this is not an exceptional drill,” a police spokesperson said against a backdrop of tensions in the north after Syria, Russian and Iran said Israel had carried out a raid on a Syrian airbase that left 14 people dead, including at least seven Iranian military advisors.

Tensions are also running high in anticipation of a United States strike on Syria in the wake of a chemical weapons attack on a rebel held town that killed dozens of civilians.

The annual aerial demonstration, which this year marks 70th-anniversary celebrations of independence, will also include aircraft of foreign air forces from Greece, Poland, Canada, Britain, Austria, and Italy.

It will pass over 49 cities and towns, from Kiryat Shmona to Eilat.

The aerial demonstration will also include civilian aircraft of  El Al and Arkia, and three planes belonging to the police fire brigade, as well as three police helicopters. 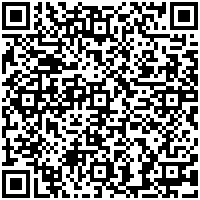