The flu season in Israel has so far been more difficult than in previous years, which is causing great panic around the country.

The number of hospitalized patients with influenza, including healthy and young people, is relatively high this year, and the number of dead from the virus has risen sharply in recent weeks.


The current flu season differs from previous years in two major ways: 1. the vaccination campaign led by the HMOs was postponed by a month, due to a delay in the World Health Organization’s issued approval for the latest vaccine, which delayed its arrival in Israel – vaccines are produced each year according to the virus strains found in the southern hemisphere, which are expected to reach the northern hemisphere; 2. The influenza strains’ genetic characteristics and capabilities (influenza A, influenza B and the sub-strains A / H1, A / H3 and H1N1—Swine flu) change every year, so that their ability to affect body systems varies from year to year.

Dr. Erez Carmon, United HMO Central District medical supervisor, told Ha’aretz in late December that “this year, unlike previous years, the influenza strains are much more aggressive and cause more severe symptoms, even in young people with no background diseases. And since the flu is a very common disease, the result is an increase in a rise in infections and illness.” 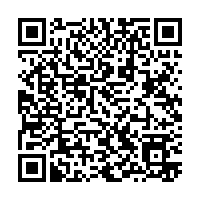