I recently received this press release from the Department of Defense:


OK, the headline itself is a dead giveaway. The two worst perpetrators of brain injuries in the world are teaming up to fight them? Seriously? Why don’t you, instead, like – stop causing them?

The top leaders of both organizations — Army Chief of Staff Gen. Ray Odierno and NFL Commissioner Roger Goodell – met at the U.S. Military Academy Aug. 30 to discuss the issue and sign a letter of agreement to continue sharing resources to combat TBI.

“Mental and physical toughness, discipline, team over self and stressing the importance of resilience are fundamental to the cultures of both the NFL and the Army,” Odierno said. “We have the Warrior Ethos, reinforced by the Soldier’s Creed.”

OK, I can accept a certain amount of TBI on the battlefield. You run into some mean people out there, you’re going to get hurt, some of it will go to your head. But on the Football field? Why? What’s the point of sending young men in the prime of their lives to hurt each other so brutally? What’s the point?

The point is it makes money. Americans, like the Romans of a couple millennia ago, enjoy this stuff. I don’t begrudge them their joy. I don’t begrudge these young men of average to high intelligence their decision to trade in their brains for some cash. Those are choices mature adults should be permitted to make.

But don’t treat us, the readers, as if we too have sustained TBI with drivel like this from NFL commissioner Goodell:

“Together, we can make a big difference, sharing medical research, and helping players and fighters and bringing a greater awareness to society as well. I believe we can change our cultures, with athletes and soldiers sharing their experiences.”

Change our culture? You are the blessed commissioner – make it a game losing violation to bang into an opposing player in ways you wouldn’t dare treat someone’s car, much less someone’s God given body.

A 2000 study surveyed 1,090 former N.F.L. players and found more than 60 percent had suffered at least one concussion in their careers and 26 percent had had three or more. Those who had had concussions reported more problems with memory, concentration, speech impediments, headaches and other neurological problems than those who had not, the survey found.

A 2007 study conducted by the University of North Carolina’s Center for the Study of Retired Athletes found that of the 595 retired N.F.L. players who recalled sustaining three or more concussions on the football field, 20.2 percent said they had been found to have depression. That is three times the rate of players who have not sustained concussions.

And if that’s not enough, read up about potential links between repetitive head trauma in football and a serious health condition, called chronic traumatic encephalopathy (CTE). Originally associated with boxers, CTE is a type of neurological deterioration caused by repetitive head trauma. (Brawn and Brains: Looking at NFL Head Injuries).

I like Football, I’m a guy, I enjoy watching territorial wars, my brain is hardwired to go gaga over it. (The fact that I’m a Jet fan only means that I’m really bad at picking sides.) Still, I derive zero joy from seeing players getting hurt. I’m all for adopting the Touch Football rules. You got tagged with the ball – play stops.

It should open the field for less hefty and more agile and athletic defenders.

And would bring and end to TBI. Immediately.

This was my morning rant about things I can’t possibly change. I feel much better now and ready to move on with my day.

Goldstein on Gelt: What You Need to Know When Making an Investment Decision 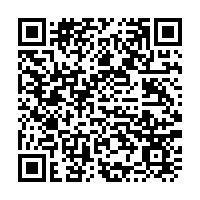