A fisherman across the water from the world’s largest menorah in Tel Aviv harbor on the eve oh Hanukkah, 5774.

All the candles are lit up, in preparation for the holiday, to begin Wednesday night.

Thus, on the first night, before the kindling, there remain eight days, a potential of eight lights, so, according to Shammai, the correct number of lights is eight. According to Hillel, we say that tonight will be the first night of realized potential for this commandment, so we light one. (OU.org)

If that’s the case, I advise homely brides to be to stay away from a Tel Aviv wedding. On the issue of whether one should tell an ugly bride that she is beautiful, Shammai ruled it was wrong to lie, Hillel ruled that all brides are beautiful. 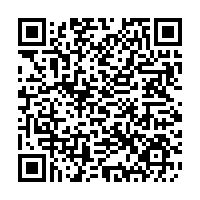