Yisrael Rice of Chabad.org explains that the origin of Chanukah gelt (money) is in the fact that the word Chanukah, which means to inaugurate—as in inaugurating the defiled Temple after the Hellenistic Jews were chased out of it—stems from the same root as the word for Chinuch, education.

“Appropriately, during Chanukah it is customary to give gelt (money) to children, to teach them to increase in charity and good deeds, and to add to the festive holiday spirit,” writes Rice.


He then offers a second, deeper reason for Chanukah gelt:

“In his record of the Chanukah events, Maimonides writes: “The Greeks laid their hands upon the possessions of Israel.”

“The Greeks invaded the possessions of Israel in the same spirit in which they defiled the oil in the Holy Temple. They did not destroy the oil; they defiled it. They did not rob the Jewish people; they attempted to infuse their possessions with Greek ideals—that they be used for egotistical and impure ends, rather than for holy pursuits.

Wikipedia thinks it may have begun in 18th century Eastern Europe as a token of gratitude toward religious teachers, similar to the custom of tipping service people on that other winter holiday, just before New Year’s. So you give your kid a coin on Chanukah to give to the teacher in Cheder so he won’t smack you too hard the rest of the year. Works for me. I understand protection.

As to why our Chanukah gelt basically a disk of chocolate wrapped in gold tinfoil, and not real money, it turns out that in the 1920s, Loft’s, an American candy company, produced the first chocolate gelt, wrapped in gold or silver foil in mesh pouches resembling money bags – according to Wikipedia.

Chocolate ‘geld’ is also given to children as part of the other winter holiday in Belgium and the Netherlands. 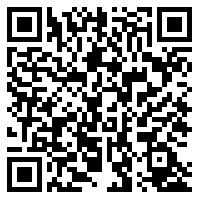