Recently, an eighty-year-old client shared some important news with me. He had just received an inheritance from his mother, who had passed away at the ripe old age of 100. His mother had been fabulously rich, but towards the end of her life she had slowed down, and therefore had little use for her money.

“As for me,” her son sighed, “I’m no spring chicken myself, and I don’t see myself needing so much of it either. But I sure could have used it when I was younger ….”


My client’s story is not that unusual. Many times, people may work hard to build up savings, but their loved ones only reap the benefits after the older generation has left this world. This doesn’t only apply to family members, either. How many times do you see on the sides of a large building a sign saying, “Built in the memory of …,” or read about the “John and Jane Doe Memorial Fund?” Do you ever wonder if the aforementioned John and Jane Doe look down from the Other World to see what is being done with their legacy? Or, how about a trust that isn’t being distributed exactly according to its founders’ wishes? Maybe they could have been involved in some of the projects, making even better use of their assets. Perhaps they would also have gotten greater joy out of it if they had lived to see these achievements for themselves.

At the same time, the amount of money that you can give away is always relative. Obviously, the more that you have, the more you can give, but you need to make sure that your own financial situation is secure so you don’t suffer as the result of over-generosity to your family or to various charitable causes.

How do you know how much to give?

First, consult with your financial adviser and determine your net worth. Together, consider how much money you need to be able to live a fairly comfortable life. Make sure to account for the unpredictable nature of life and the markets, and then consider gifting some of the excess.

Philanthropist Lewis Cullman said, “It’s better to give money away when you’re alive than to give it away in your will because what do you care what people say? When you’re dead, you won’t be around to hear it.” When I interviewed Mr. Cullman on the Goldstein on Gelt show, he told me that he once asked Warren Buffett why he didn’t give away even more money to charity (This followed an initiative when Warren Buffett and Bill Gates signed the Gates-Buffett Pledge promising to donate at least half of their wealth over time to charity, and invited other wealthy figures to join them). When I asked Mr. Cullman why fifty percent of Warren Buffett’s wealth wouldn’t be a good deal, he replied, “It’s a very good deal. But if you have $30 billion and you give half of it away, you’ve still got $15 billion and that’s a lot of money!”

If you want to watch your grandchildren or your favorite causes benefiting from your assets, consider meeting with your financial advisor and creating a financial plan to determine exactly how much you can gift. Get a free ebook to gain more inspiration to gift your funds by reading the thought-provoking interview with Lewis Cullman. 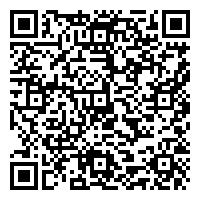