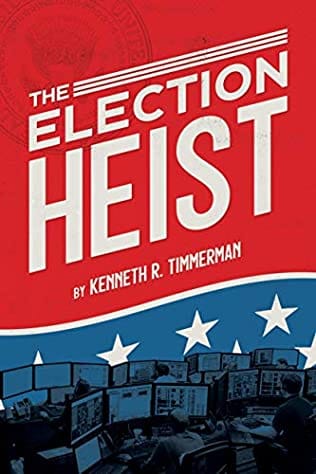 Rod Bryant and Jerry Gordon bring back New York Times best-selling author and intrepid Middle East investigative journalist, Ken Timmerman. Timmerman addresses what lies behind the “historic” blast that destroyed Beirut’s port with hundreds dead and missing, 7,000 injured, hundreds of thousands left homeless and violent protests resulting in the fall of the government. We also raise the mounting dangers of Turkey’s Erdogan seeking to regain lost Ottoman Empire lands with him as the new Islamic Caliph. We end with a discussion on a new fast-paced fictional work by Timmerman, “The Election Heist”. It features a scenario based on his experience as a 2012 Congressional candidate in Maryland’s 8th Congressional District and eight years of his research into electronic and paper ballot electoral insecurity.

On the “historic” blast in Beirut.


Timmerman notes that the blast of over 2,750 tons of explosive grade ammonia nitrate stored in Beirut port since 2013 was the largest non-nuclear explosion in history. It was ten times greater than the 1983 US Marines and French Paratroops blasts in Beirut that killed over 300, injuring hundreds that was perpetrated by Hezbollah global terrorist Imad Mughniyeh. It was 1/15th the size of the nuclear bomb exploded over Hiroshima in August 1945 estimated at 20 tons. He accuses Iran and Hezbollah of involvement in triggering the blast. He points out Hezbollah leader’s brother-in-law in control of the port who was not detained, while the hapless senior port official was. Timmerman accuses Hezbollah of siphoning off 3 tons of the ammonia nitrate from the impounded Russian oligarch-owned ship MV Rhosus cargo that was found in the UK. Then there was the 2 tons uncovered in Germany, that led to listing of Hezbollah as a terrorist organization. Some of the supply of ammonia nitrate may have provided explosives for IEDs used in terror attacks in Syria and Iraq.
Timmerman notes the comments by ex-Pentagon national security and Middle East expert, David Wurmser in a Center for Security Policy report drawing attention to three explosions including fireworks and possible rocket motor propellant. Timmerman spoke of intelligence community contacts who called the Hezbollah bombers “bozos” for inserting detonators.

Sky News reported discovery of a labyrinth of tunnels under the Beirut port following the blast. Timmerman suggests that Iran supplied German and Austrian made tunnel equipment. That was used to tunnel under the Israeli border in the 2006 Second Lebanon War, where he was present as a correspondent. The tunnel found under the Beirut port fits the modus operandi of Iran and Hezbollah and may have been used to manufacture precision rockets and motors. This he considers “extraordinarily dangerous”.

Timmerman noted the resignation of the current Lebanese government, with exception of President Michel Aoum. He knew Aoum when he was a Free Lebanon leader. Now, Timmerman considers him effectively a “puppet” of the Islamic Republic of Iran. When prompted by Rod Bryant he expressed admiration for the resiliency of the Lebanese people and its diaspora who have withstood these Iran-backed assaults and forced the fall of several governments.

We discussed the looming verdicts in the UN-backed $700 million trial of several indicted perpetrators of the Valentine’s Day 2005 assassination of the late Lebanese Premier Rafik Hariri. Timmerman suggests that truck bombing by Hezbollah had the support by both Assad’s Syria and Iran.

Timmerman noted that Israel has kept a low profile. The Lebanese Flag that was displayed on the Tel Aviv Municipal building was viewed as showing empathy matched for the victims of the Beirut port blast. He said Israel only does targeted covert actions with little collateral damage. As an example, he cited the joint CIA-Mossad takeout of Hezbollah terrorist mastermind Imad Mughniyeh in a bomb attack on his SUV after attending a celebration at the Iranian Embassy in Damascus in February 2008. Timmerman cited the irony of CIA ‘concerns’ over sparing the life of then Quds Force commander, the late Qassem Soleimani.

Why Erdogan’s activities in Libya and the Eastern Mediterranean are dangerous.

Erdogan’s declaration of a Maritime Exclusive Zone in the Eastern Mediterranean cuts across those of Israel and Cyprus blocking offshore gas and oil development and undersea pipelines to supply energy to the EU and international markets. Timmerman said this might require sending a US Carrier Task Force as a brusque answer to force Erdogan’s retreat from Libya.

“The Election Heist” fictional treatment of a November 2020 election.

Timmerman’s latest novel pits fictional Democratic Governor of Illinois Ms. Cheryl Tomlinson against real life Donald Trump and involves operatives of the Democratic National Campaign Committee backing hackers violating electoral security breaking into electronic voting systems in Maryland, Florida, and beyond. It is a fast-paced depiction of the insecurities of electoral electronic and paper balloting systems currently in use throughout the US. The scenario begins with the race in the Maryland 8th CD pitting the incumbent Democrat Rep. Hugh McKenzie against Republican first time candidate, Nelson Aguilar a Hispanic media mogul. There is an Israel-related episode at a press conference in Wheaton, Maryland in the 8th CD when Aguilar, the GOP contender backed by a local Mariachi band attired in red shirts, disrupts a presser by Democrat incumbent McKenzie. Aguilar cannily reveals that he was a reporter in Sderot, Israel during the rocket war in 2008-2009 of Operation Cast Lead. This contrasts with McKenzie’s signing onto a letter condemning Israel for alleged war crimes. There are other moments including Antifa thugs staging a protest in front of Trump Towers that results in the killing of two NYPD officers. Suffice to say, The Election Heist is a techno political thriller that appears to be art preceding possible realities in the coming Trump – Biden match-up. You can find Timmerman’s latest by Googling “The Election Heist”. 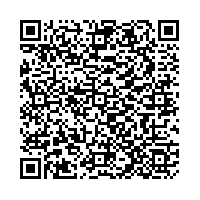