The Weekend Edition of the Wall Street Journal on January 18-19, 2020 had a provocative essay by controversial Dr. Martin Indyk, currently a distinguished fellow at the Council on Foreign Relations, former Clinton era Ambassador to Israel, State Department Assistant Secretary for Near East Affairs and Obama era Special envoy for Israel- Palestinian negotiations: “The Middle East Isn’t Worth it Anymore”. Indyk’s bottom line was the US has few vital interests at stake in the Region and should set aside its “grandiose ambitions”. Takeaways were “a two-state solution to the Palestinian problem is a vital Israel interest, not a vital American one” and “We should be wary of those who should rush to battle stations on Iran”.

To rebut Dr. Indyk’s commentary, considering recent Trump Administration actions in the Middle East combating Iran’s hegemonic and belligerency against US Allies in the region, especially Israel, we held a wide-ranging discussion with Shoshana and Dr. Stephen Bryen. We consider this dynamic couple as go-to informed experts in Washington, DC when it comes to Israel, US security and regional geo-political interests. Stephen Bryen is a former Reagan Era Deputy Undersecretary of Defense, noted military technology expert and Asia Times Columnist. Shoshana Bryen is senior director of the Jewish Policy Center and editor of its inFocus Quarterly.


Here are key points raised in our discussion with the Bryens.

Indyk is fronting for Qatar and Iran wants the US out of the Middle East.

Shoshana Bryen: Martin Indyk worked at the Brookings Institution which was being funded by Qatar. Qatar is the reputed arm of the Islamic Republic of Iran. It is in Qatar’s interest to have the United States abandon the Middle East on behalf of Iran. That is what Martin Indyk is fronting in his article.

Steve Bryen: Indyk is saying, “Well, this deal with the Palestinians is only in Israel’s interest”. America doesn’t care about it. A lot of people, particularly anti-Semites, will agree with that. in the 1970s, I wrote an article called Israel as a Security Asset for the United States. In the Middle East, US doesn’t have very much in the way of resources, but it has Israel. And Israel is the anchor that holds the whole Middle East together. Without Israel, there would be nothing but war in the Middle East, it would be disaster, and the oil wouldn’t flow. I think that Israel plays a very vital role in America’s foreign and security policy. it is a security asset for our country, and we treat it as such, as we should.

Was the Assassination of Quds Force Commander Soleimani and Iraqi proxy leaders a strategic deterrent masterstroke?

Stephen Bryen: I think was a very clever, smart, intelligent move by President Trump and the Pentagon to deal with this threat. And they dealt with it directly, and I think it’s had a tremendous effect.

Shoshana Bryen: Among the effects that you see is the empowerment of the Iranian people. The New York Times and the Washington Post would have you believe that this rebellion in Iran started with the downing of Ukrainian airliner. That is not true. It started two years ago in December of 2017 with women going out on the streets and taking off their headwear, with people going on strike, all kinds of things that were not reported heavily in the West. The killing of Soleimani, however, has focused at least some major media attention on the Iranian people. Without Soleimani, Iranians feel empowered. The demonstrations are getting larger, and that is good for us. We can’t run it. it is not our rebellion, it is theirs.

Mainstream Media not reporting on Iranian protests not stepping on US and Israeli Flags.

Shoshana Bryen: Now that the Iranian rebellion is growing, people are avoiding those painted-on flags on the sidewalks. And you can see them, there is video proof. In Iran, they go to the sites and they won’t walk on the American flag or the Israeli flag. Many people are unaware that the people of Iran were doing this, because they are reading the New York Times and the Washington Post. People aren’t seeing how brave and how forward the Iranian people have become, and that is a shame. They come out at night and they tear down signs with big pictures of Soleimani. There are still major demonstrations. in Tehran, and in many parts of the country where the government has less control than it used to have.

On the impact of Trump’s Farsi Tweets.

Shoshana Bryen: The tweet in Farsi within hours became the top, most liked and retweeted tweet, ever in the Farsi language. I think it is a way to encourage the people of Iran to understand that we are behind them. There is no mention in there as there shouldn’t be of us in doing it, helping it, running it, financing it. None of that, but to say to the Iranian people, if you’re out there, we’re thinking about you and we’re behind you. Therefore, it is important to understand it all started in December 2017. They’ve been doing it. He’s supporting them. It’s a good thing.

Stephen Bryen: Remember the regime shut down the internet, so Trump’s Farsi tweet had a huge impact. Trump’s a genius at communications, and I think the Farsi tweet was brilliant. He understands that people follow Twitter, but they don’t follow the New York Times.

On the impact of US and Israeli Farsi radio and websites.

Shoshana Bryen: The US Radio Farda in Farsi is very popular in Iran. First, Farda tells the people what is happening in their own country. One of the problems with revolutions is if you don’t know what the other guys are doing, you don’t know what you can do. Second, it tells them what is happening outside their country. There are several Israeli equivalents of that, which is how Prime Minister Netanyahu talked to the Iranian people directly and told them that Israel would help Iran with its agricultural and municipal water problems. That website that he referred them to was one of the most popular ever connected to by Iranians. There was an Israeli Chief of Staff who was Iranian born and spoke Farsi. He used to do interviews from a European site, with Iranian people who would call in and talk to the Israeli Army Chief of Staff in Farsi. The Israelis are ahead of us on that and they do a good job.

Anti-clericalism may advance Peace through Prosperity in the Middle East advocated by Dan Diker of the JCPA.

The religious people in Iran and elsewhere do not want modernization, secularization, prosperity, economic advancement. Professor Hillel Frisch, at the BESA center in Tel Aviv, who writes about the coming end of clericalism in the Middle East, believes that the people are going to rise, not just in Iran, but elsewhere against clericalism. He points to Tunisia, he points to the death of Morsi in Egypt, which attracted zero attention from anybody to say that people are beginning to want something else. If Dan Diker of the JCPA is correct, which I suspect he is, this anti-clericalism may advance peace through prosperity.

What is behind the downing of Ukrainian International Air Flight Ps 752 that backfired on Iran’s Islamic Regime.

Stephen Bryen: There has been a constant stream of lies coming from Iran First, they said it was a mechanical failure. Then they said the plane was heading toward a sensitive military installation. Then they said the plane turned around. Then they said the black boxes were damaged and unrecoverable. The question is what’s really going on here, what happened, and why did it happen? I keep coming back in my mind to the theory that this was intended to be a provocation against the United States by shooting down an Iranian airline. They didn’t know it was a Ukrainian, they thought it was Iranian, this is my guess. And by doing that, it would create this horrible incident, which would set the world against the United States. That was the idea. I think it was a revolutionary guard hatched plot.

Shoshana Bryen: The money had slowed before Soleimani was killed because of the Trump Administration’s restoration of sanctions. Hezbollah had already seen a great drop in its revenues, Hamas in the Gaza strip had seen a drop in its revenues. The Syrians were hoping that Iran would do the reconstruction in Syria. All their money is gone, there is no money flowing thanks to the decision of President Trump and the US government to restore the sanctions. 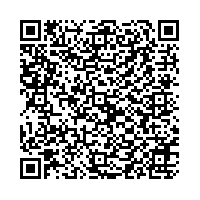