A Muslim that wants to stop terror? Why aren’t there more people like him! Meet Noor Dahri. He’s a Muslim from Pakistan, now living and working in the UK. He describes himself as a ‘Muslim Zionist’. There aren’t many in the world, but Noor Dahri discovered in the Koran that Israel really does belong to the Jewish nation, and that Israel is an amazing country! Hear what he faces to defend Israel, fight terror, and keep himself from being killed by his fellow Muslims who don’t think like he does. 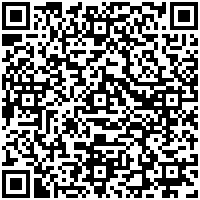