Lone Wolf: Terrorists have claimed another three lives this week. For terrorist murder the death penalty is appropriate. It also saves prison costs.

Our Politicians: Have still not learned. Infighting and insistence on major portfolios may result in their loss and force the inclusion of the left. In diplomacy, compromise is the name of the game.

Convicted: Fraudsters Have no place in government, and certainly not in the finance ministry. The Shas party should act.

Get: Zelenzki out of Israel’s hair. He votes against us in the US and wants our help. Our own security is foremost and the delicate relationship with Russia must not be upset. No more help for Ukraine.

Red Wave: Predicted for the US elections became a small trickle. The Republicans are licking their wounds and blaming Trump, the quality of candidates, failure to address the abortion issue and each other.

To divert: Attention from uncomfortable issues is an old political trick. Israel’s election came just in time. The US interference in several matters of Israel’s internal affairs is beyond all measure. Following Israel’s exhausting professional investigation in the death of journalist Abu Akleh the US even wants to interrogate our soldiers. What Chutzpah.

When: Will assimilated US Jews realise that the game is up; that their grandparents’ “Goldene Medina” is no more? Yet they avoid anything Jewish and are not interested in Israel.

‘Nation of Islam’: Is active again. Listen to their leader’s rant against Jews and blaming us for their Black’s underprivileged status.

Hear: About the relationship of religiosity and fertility. Why do the ultra-orthodox have many children? And the Israeli paradox about abortion. 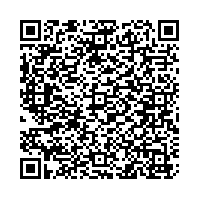