The leader of the Labor Party, the Zionist Union, and what is called “the peace camp” Avi Gabbay promising Monday that as part of a peace agreement with the Palestinians, Jewish communities in Judea and Samaria would not have to be evacuated is earth shattering politically, Gil Hoffman says on Inside Israel Today. He explains the significance of the Left reowning Judea and Samaria and plays a clip from Channel 2 scoopster Amit Segal speaking about the same issue.

Gil then reveals plans for his historic speaking tour to Hawaii, in which he will become the first lecturer to speak about Israel in all 50 states. 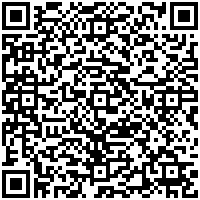