Yishai deals with modern-day and ancient battles. First he is joined by political activist and commentator Pamela Geller, president of the American Freedom Defense Initiative and author, among other books, of “Stop the Islamization of America: A Practical Guide to the Resistance.” She sponsored the “Draw the Prophet” cartoon contest in Garland, Texas, which was attacked by jihadists, who were killed in a shootout. She tells Yishai about the challenges involved in fighting jihad in the US and Israel.


Then, Yishai is joined in-studio by Rabbi Mike Feuer to talk about the internecine Jewish political battles in the Book the Numbers. Was the biblical character Korach a communist or a man of the people? A fighter for democracy or a jealous would-be leader? Why did he pick a fight with Moses? And why did he merit having the Prophet Samuel as his progeny. 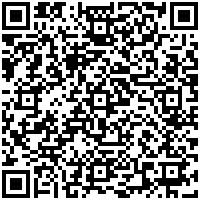