Author and columnist Shmuel Rosner joins Yishai to argue the case he made in his latest New York Times piece, “Don’t Speak to Congress, Mr. Netanyahu.” Rosner claims, “Instead of being an opportunity to seriously address the risks of Iran’s nuclear program, such a speech would scuttle the discussion.”


Then, is the Jewish charity to which you are donating money healthy? Shuey Fogel, director of Fogel CFO and Financial Services, joins Yishai on the ‘Financial Sense’ segment of the show to answer this question.

Finally, has PM Netanyahu fallen into a trap? Dr. Seth Frantzman, oped editor of the Jerusalem Post, joins Yishai in-studio to discuss the personal enmity between Netanyahu and President Obama; the timeline of the current “Congressional speech” crisis; and the many people who have come out of the woodwork to attack the Israeli leader. 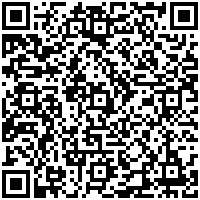