Yishai and Malkah kick off this week’s show talking about Independence Day celebrations around the Fleisher house including an amazing fireworks display over the Mount of Olives, courtesy of the Jews that live in the neighborhood. They move on to talk about the outlaw of a popular communications app in Iran and the reasons behind why the government in Tehran has made it impossible to get. They end talking about a positive message Yishai received on Facebook during Yom Ha’atzmaut from an Arab follower and also how Israel’s independence truly creates light in the darkness. 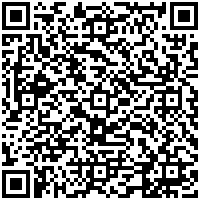