This PressTv clip can only work with an audience that can’t tell the difference between the Temple Mount compound and the Western Wall plaza. Anyone who does know that those are two sites, each with its own distinct appearance that look nothing alike, realizes that this 2 minute clip which offers lavish descriptions of how the Jews are storming Temple Mount every day, with the support of police – has not a shred of a film to back it up.

All the images of Israelis they show take place in front of the Kotel, the Western Wall. That’s because there has never been, not since the 1967 liberation of Jerusalem and the holy sites, a single case of any Jew storming the Temple Mount.

Of the actual Temple Mount they can only show distant shots – because any closer view would reveal that the place is lousy with local Arabs and no Jewish stormer in sight.

So they show Jews congregating by the wall, then cut to Arabs describing those shocking stormings, then back to the Kotel.

Incidentally, the still image, of an angry police officer — doesn’t appear in the actual video, it was imposed by the editor.

Come to think of it, I’ll bet the blonde is fake, too. 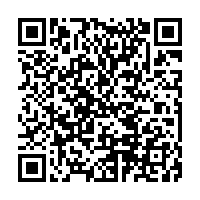