The Passover Offering is a thing of the past. It’s not relevant today.
Fact or myth?

Quoting directly from Israel’s most illustrious sages, Rabbi Richman explains why it is not only possible to bring the Korban Pesach today, but it is imperative to do so.


The Korban Pesach is a fundamental religious requirement upon all Jews on the eve of Pessach, which takes its name from the offering itself. The lamb offering is then eaten as part of a Matzah sandwich at the end of the Seder meal.

The Temple Institute has been educating Jews worldwide about the importance of the Korban Pesach for over three decades. However, this is the first time that an English explanation has been prepared with all of the relevant Torah sources in a way fit for everyone from beginners to experts. According to Jewish law, the offering is an obligation for all Jews and must be prepared on the Temple Mount on the eve of Passover, even in the absence of a Holy Temple.

Rabbi Chaim Richman, Co-Founder and International Director of the Temple Institute explained: “Despite the current political reality which makes it difficult for the people of Israel to  conduct the actual Korban Pesach on the Temple Mount,  nonetheless the commandment is still in force. It is still the very essence of Pesach.”

The Rabbi added: “Even within the Torah observant world, many people don’t realize the importance of this Mitzvah and the fact that we are still obligated to perform it. It is our hope that by presenting the sources in black and white, people will internalize the message and revitalize their Seders – and their consciousness – as to the preeminence of the Passover offering. In 2,000 years the Korban Pesach has never been more relevant than today, in the re-born State of Israel, fifty years after the liberation of the Temple Mount.” Concluding: “We all declare ‘Next Year in Jerusalem’ at the Passover Seder – what we really mean is, ‘Next year may we bring the Passover offering!’  It is high time that we take our own words seriously.”

The Temple Institute is the world leader in research and preparation for the Holy Temple. In addition to educational activity focused on the centrality of the Temple Mount and Holy Temple, the Institute has also recreated over 60 sacred vessels for use in the Third Holy Temple, which can be seen at their Visitors Center in the Old City of Jerusalem.

SOURCES FOR THIS VIDEO: 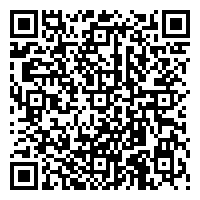