The UCLA student government handed the BDS movement a resounding defeat last week, reported Honest Reporting, voting down a divestment resolution. The vote, taken during “Israel Apartheid Week,” has only symbolic meaning since the Student government has no power over University of California finances. However, a vote by the student government to divest from Israel would have significant propaganda value for the BDS.

The note taker at the meeting broke down in tears after the defeat and continued to mourn through the day. 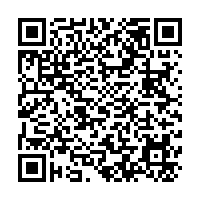