A retelling of the history of Zionism was launched on Wednesday with an animated video chronicling the rebirth of Jewish sovereignty in its historic homeland through Israel’s Declaration of Independence.


The project, called ‘Zionism in Animation’, aims to tell the story of Zionism in a series of 100 short animated clips, and is the brainchild of Shlomo Blass, head of Rogatka, a short film-making studio which has released some of the most viral political and hasbara videos in recent years.

“We hope to tell the story of the return of the Jewish people to their homeland in an attention-grabbing way, and inform and educate Jews around the world, especially young audiences,” said Blass. “By doing so we hope to strengthen their sense of belonging to the Jewish people and to the land of Israel.”

“Sadly, many Jews, don’t know enough about one of the most miraculous chapters in world history: the return of the Jewish people to their homeland. We believe that knowing our history is fundamental to strengthening our sense of solidarity and commitment to our people and land.”

The first video ‘How Israel Was Born’ was released to coincide with Israel’s 67th Independence Day and is meant to inform Israelis and people around the world about the story of Israel’s founding. A few years ago, a survey of Israeli students found that 60% of respondents did not know the name of Israel’s first prime minister.

“The digital revolution has dramatically impacted the way most people, especially Millennials, consume content,” Blass continued. “Research shows that we increasingly read less and watch more, and that the most effective way of educating and engaging people is through short-form rich content. This revolution has created a need for relevant materials in the field of Jewish and Zionist education.”

The first video was released in partnership with the Israel Video Network and has already received widespread attention and praise from Jewish and Israel advocacy groups and organizations.

The video is the first of three videos that Rogatka is hoping to make through the Jewcer crowdfunding platform, which he hopes will raise enough to make the next two videos. After that, Blass is inviting organizations and individuals to fund videos of their choice on any Zionism-related issue. 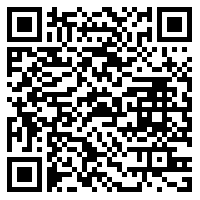