KitchenAid, a subsidiary of the giant Whirlpool appliance conglomerate, has announced it is working with the Boycott Israel-targeted SodaStream company by introducing its own countertop soda maker using SodaStream’s flavors.

That should make the BDS Movement bubble over with anger at KitchenAid’s hooking up with a company that exploits Palestinian Authority worked by employing them at five times the wages they could be making if they worked for their brethren.


SodaStream’s sin, in the eyes of the Boycott Israel squad, is operating a factory in the forbidden Occupied West Bank, otherwise known as the Mishor Adumim industrial area of the city of Maaleh Adumim, Israel.

SodaStream has become more of a household name thanks to its commercials that have run for two consecutive years during the Super Bowl break and more recently because of its hiring actress Scarlett Johansson as its world ambassador. Thanks to the Boycott Israel’s attempt to place an international embargo on SodaStream as well as Scarlett’s films, SodaStream won even more publicity.

The BDS crowd went after the lady for the alleged hypocrisy of promoting both SodaStream and Oxfam, one of the lovers of anti-Israel campaigns. Scarlett came out swinging for SodaStream and ditched Oxfam, ignoring charges that she did so only for the money, which she hardly is lacking. It never crossed the minds of the Israel haters that maybe, just maybe, she acted out of principle and not principal.

One way or the other, KitchenAid now has stepped up to the plate. Like any good corporation, it is interested in principal and certainly took into account that by teaming up with SodaStream it and its parent company Whirlpool could face the same boycott campaign that tried to bring SodaStream to its knees.

So let’s see the BDS Movement do without KitchenAid mixers and blenders and announce a worldwide boycott on Whirlpool refrigerators and freezers until KitchenAid stops helping SodaStream markets its homemade sodas.

The Boycott Israel folks can get also get rid of their Maytag washing machines, their driers, Whirlpool BBQ grills, microwave ovens and trash compactors.

Whirlpool is a corporate giant, with nearly $19 billion sales last year, more than 35 times more than SodaStream’s revenues, so get going, BDS.

Whirlpool’s subsidiary KitchenAid was all bubbly over the new arrangement with SodaStream. “We are excited to expand our KitchenAid family of products and enter the growing category of home carbonation,” said David Elliott, general manager of KitchenAid small appliances. “Working with SodaStream brings together their best-in-class technology with our stylish design signature to offer a premium product for our consumers worldwide.

Daniel Birnbaum, CEO of SodaStream, chimed in and said, “KitchenAid is an iconic, global brand and we welcome them to the SodaStream revolution. Our unique platform will enable KitchenAid to provide its large and loyal consumer base with the many benefits of home carbonation. We look forward to leveraging the combined strengths of our two brands to advance the category and reach an even broader global audience.” 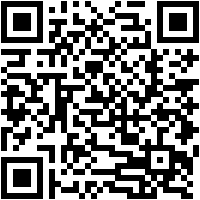