Islamic terrorists killed 70 plus people in Kenya, 78 Christians in Pakistan, 142 people in Somalia and about 100 in Iraq the past four days, but President Barack Obama told the United Nations Tuesday, ”The world is a more stable place than it was five years ago.”

The President quickly added that, sure, there are “problems” in Kenya, Pakistan, Iraq and other countries, but so what?


“Al Qaeda does not have the capacity to carry out another 9/11,” he explained. That may or may not be true, but it reflects the egocentric attitude of the American government, which takes responsibility for safeguarding the world even though it lost its authority years ago.

Al Qaeda still is a “problem” for other governments, President Obama admitted. but there are bigger problems, such as Israel trying to exist.

President Obama outlined where the United States stands on world conflicts. Syria must not be allowed to have chemical weapons, he said, without batting an eyelash over the fiasco of his hastily climbing down the ladder of a confused foreign policy.

But more important, he said there are two great issues that can be solved to make peace for the world: Iranian’s nuclear aim and the “occupation.”

When he insisted that Israel’s security is dependent on the creation of a Palestinian Authority country within Israel’s current borders, President Obama did not mention that two Palestinian Authority terrorists murdered two IDF soldiers the past four days. Maybe the numbers are not high enough to be considered terror.

He obviously and sincerely believes that if Israel simply would duplicate its idiocy in 2005, when it expelled all Jewish civilians and withdrew the IDF from Gaza, the Palestinian Authority will have no reason to attack Israelis.

President Shimon Peres is almost the only person in the world still trying to figure out why Hamas attacks with missiles and rockets after the expulsion eight years ago. President Peres may soon have company because Obama assumes that PA chairman Mahmoud Abbas would never do such a thing if Israel pulls out Judea and Samaria.

Just in case Obama thought he could fool all of the people all the time, he added that the United States “is not taking sides” in Egypt, after having ushered out Mubarak, ushering in the Muslim Brotherhood and then ushering it out a year later.

It was not one of Obama’s greatest speeches. He tried to bury the Islamic terrorist attacks the past few days as footnotes so they would not get in the way of his view that the world is such a more stable place today.

For the record,  more than 130 people have been murdered in Iraq the past four days, 96 in two suicide bombings on Saturday in a Shi’ite neighborhood in Baghdad. Dozens more were killed in terrorist attacks at funerals, including 14 on Monday.

Thousands of people have  been killed in terrorist attacks the past few months, 12 years after the Bush administration declared “victory” to make Iraq safe for democracy. Speaking of democracy, the suicide bombings on Saturday came as Kurds in an autonomous northern region voted in local legislative elections.

Al Qaeda is increasing its attacks in Iraq, where Sunni rebels are terrorizing the Shi’ite government – one group of terrorists against another. Terrorists in Iraq on Tuesday launched an attack against police and military sites with car bombs, rockets and machine guns in western Iraq, killing at least nine policemen.

In Pakistan on Sunday, Islamic terrorists killed at least 78 Christians and wounded more than 100 others in a suicide attack on a church.

Meanwhile, terrorists in Nigeria dressed up as soldiers and gunned down at least 142 people on a highway and burned homes on Sunday.

The terrorist attack on the Westgate Mall in Nairobi is not over. After four days, Kenyan authorities continue to say they have secured the mall and there are not more hostages, but fighting continues.

Local officials told the Associated Press that the morgue is preparing for the arrival of a large number of bodies, meaning that the official death toll of 68 is likely to reach three figures. 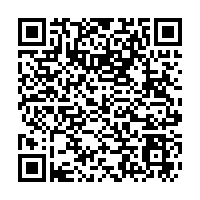