Religious Endowments Minister Dr. Mohamed Mokhtar Gomaa said, “The ministry is in the process of forming a committee to monitor what is happening in the larger mosques and ensure that da’wa [proselytizing] there does not transgress the boundaries into political or partisan work, with any official found guilty of this being immediately held to account.”


“Mosques are for da’wa, not politics,” he added.

He maintained that the move is not aimed against Al-Azhar, the highest Sunni religious institution in Egypt. “This decision is to stop non-Azhar graduates from preaching in government and civil mosques,” he explained. “The Ministry of Awqaf does not ban anybody based on their political identity . . . but we want mosques, da’wa, and worship to be based on the moderate ideology of Al-Azhar.”

In other words, the new Egyptian military regime is making a bold bid to expel incitement from mosques. Egypt, unlike Israel, has the privilege of protecting the country from those trying to overthrow the government because it does not have to be a slave to “freedom of speech” principles that has become more and more accepted in some Western countries as protecting the right to yell “fire” in a crowded theatre. U.S. Supreme Court Felix Frankfurter used that phrase in an opinion that drew the line between freedom of speech and a danger to the public.

Cairo also was forced to relent a bit, postponing its new policy until October 1 in thousands of small, one-room neighborhood mosques.

The similarities between events in the rebellion against Hosni Mubarak and the democratically elected Muslim Brotherhood regime are chilling.

In both cases, police and security forces killed approximately 1,000 opponents.

In both cases, the Obama administration turned its back on Mubarak and Morsi, whom it had embraced after backing the ouster of Mubarak, a former ally.

The new regime essentially has done exactly what Mubarak did – outlawing the Muslim Brotherhood. Mubarak did so officially, although the party maintained a tiny faction of two dozen legislators in a 500-plus member parliament. The new regime has simply pulled the carpet under the feet of the leaders, and military authorizes are considering banning the Muslim Brotherhood as a terrorist group, the Jordan Times reported.

The Muslim Brotherhood is not giving up so easily. A suicide bomber last Thursday attacked a convoy of the Interior Ministry, killing himself, a bystander and wounding 20 others. However, Egyptians have grown tired of the instability and are suffering from a dismal economy, two factors that have lent more popular support to getting rid of radical Islamists.

The new Egyptian policy could be the beginning of a new Arab Spring movement for real democracy, but Amnesty International already is insisting that Egypt play by Western rules. It has called for an investigation into security forces’ violence and violations of free speech.

That is absolutely true, of course. So far, no Western country, with the questionable exception of the United States, has found a “democratic” way to deal with anti-democratic fundamentalists, as Europeans are discovering, possibly all too late to stem the riding radical Islamic influence in most of its countries.

A small but significant example of Europe’s inability to stop the rising tide of radical Islam is the furious debate over a Parliament member’s private bill to prohibit wearing “a garment or other object” intended primarily to obscure their face in public.

Muslim leaders are outraged at Birmingham Metropolitan College’s announcement last week that it will ban Islamic face-veil, or niqab, inside its campus,

“It upsets me that we are being discriminated against,” a 17-year-old Muslim student at who did not want to be named, told The London Telegraph. “It’s disgusting. It is a personal choice and I find it absolutely shocking that this has been brought in at a college in Birmingham city center when the city is so multicultural and so many of the students are Muslim. 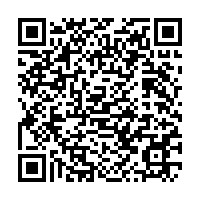