Jerusalem – Palestinian Authority chairman Mahmoud Abbas declared on Thursday that Israel must not be a Jewish state. He supported his demand by blaming Jews in Israel for influencing God to send the snowstorm that delayed visiting U.S. Secretary of State John Kerry’s meeting with Prime Minister Binyamin Netanyahu.

Kerry was scheduled to meet with Kerry Thursday night, while the Secretary of State’s discussions with Prime Minister Binyamin Netanyahu were postponed because of the early winter storm.


“The Jews inserted special prayers last month for God to bring them rain but used Kabbalistic ideas in a code that encrypted requests that a winter storm would coincide with Kerry’s visit and disrupt his schedule,” Abbas told the official Palestinian Authority news agency.

He also noted that only a few days before the current storm, IDF soldiers stormed the Al Aqsa compound to learn about the alleged presence of the Holy Temples.

“There are too many coincidences, here,” Abbas told reporters in Kerry’s entourage after the Secretary of State landed at Ben Gurion Airport. “This is only a hint of what would happen if we were to recognize Israel a Jewish state. The Jews cannot be trusted. They will use their influence on God to get what they want. There might even be peace, Allah forbid, one day.

“The Jews will stop at nothing to ditch the negotiations that are aimed at two states, a Palestinian Authority state based on our needs for secure borders and an Israeli state with clear and secure boundaries of Dizengoff Square, the Mediterranean Sea, and the Azreilla Mall.”

Abbas also threatened that if Jews do not rip out from their Sabbath prayer books the prayer for the government of Israel and the IDF, he will go to the United Nations to declare a boycott on all synagogues throughout the world.

“I also will appeal to the International Court, after we gain membership there, to rule Jewish prayers a war crime because they ask Him to take vengeance on Israel’s enemies,” said Abbas.

Martin Indyk, who is the American government’s 56th special envoy to the Middle East in seven years and who is Jewish, did not comment.

Another Jew in Kerry’s entourage, Frank Lowenstein, told reporters he would forward Abbas’ demands to CAIR, the Council on American–Islamic Relations (CAIR). The American Muslim civil liberties advocacy organization has been identified as having ties with Palestinian Authority freedom fighters who blow up Jews to be freed of them. In 1994, CAIR was one of four U.S. organizations of the Palestine Committee of the U.S. Muslim Brotherhood, the parent organization and supporter of Hamas.

Abbas also charged that Jews, using their experience during the years they illegally occupied Goshen in ancient Egypt, manipulated the storm so that more snow fell on Jerusalem than on Ramallah.

Israel meteorologist Ahmed al-Hail told The Jewish Press that a heavy rain and snowstorm in early December is rare and that the timing is suspiciously similar to the period of the Ten Plagues, when Moses was the Jews’ senior negotiator with Pharaoh. And we knew what happened to him.

Foreign Minister Avigdor Lieberman pointed out in an exclusive interview with The Jewish Press, “Don’t thank God for the storm. I am the one who engineered it. Using my contacts in my native country, I arranged for the Kremlin to organize the storm, which arrived via the Black Sea.”

A senior national religious rabbi told The Jewish Press, “If Abbas has a problem, he can ask the Prophet Mohammed to turn to Allah, but he would be wise to make sure that there is no bomb in Mohammed’s turban. The Mossad works everywhere.” 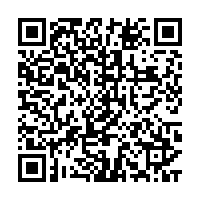