Dozens of right-wing activists who arrived on Friday to spend Shabbat the Oz Etzion outpost, near Beit El, started to leave Saturday night. A few minutes after the end of Shabbat, the activists took their equipment and continued to the nearby outpost of Givat Assaf. Their departure was conducted under the watch of security forces.

Yesterday the activists clashed with security forces and prevented the evacuation of the Oz Zion residents. Five Border Policemen were slightly injured in the clashes. In addition, the tires of two Border Police vehicles were punctured. The evacuation attempt was launched by dozens of security personnel, including army troops, police forces, the special police force and the Border Patrol.


Some 150 youths were gathered at the outpost for a Shabbat assembly run by Rabbi Dov Lior, one of the leaders of the Jewish Home party, in what had been declared a closed military area.

A few participants have told Ynet that they “were able to activate government ministers to prevent the evacuation because of the Shabbat.”

Security forces claimed the youths threw stones at the soldiers. But the youths, for their part, complained about violence perpetrated by the police, which is why they closed the gates of nearby Givat Assaf.

The youths also reported that soldiers who entered Givat Assaf fired tear gas and used stun grenades. They also reported that Rabbi Shmuel Eliyahu was slightly injured from tear gas. The security apparatus confirmed that riot control measures were being used. Israeli police is among the most violent and ruthless when it comes to “riot control measures” against right wing demonstrators.

At least one youth was arrested during the incident Friday. The Oz Zion outpost faced a number of evacuation attempts over the past year, but the residents have always returned shortly thereafter.

The political system wasted no time in launching its attack on Jewish Home and its leader, Naftali Bennett. “Bennett and extremist rabbis led people to that hill deliberately to create friction with the IDF and the state of disobeying orders,” Tzipi Livni of the Movement Headed by Tzipi Livni said in Kiryat Motzkin, where she was attending a public event.

Kadima Chairman Shaul Mofaz, whose party is expected to disappear in the coming election, responded sharply to the Oz Etzion incident, saying, “Anyone raising his hand against IDF soldiers and security forces it’s as if he raised his hand against the state of Israel, and should be imprisoned. We must treat such cases with a firm hand and not let go.”

Mofaz was Defense Minister during the Gush Katif expulsion of some 10,000 Jews from their homes in 2005. 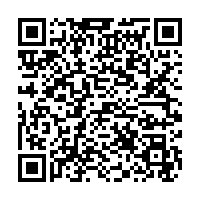