The U.S. State Department Spokeswoman Marie Harf gave an initial heads up at the State Department press conference on Thursday afternoon, August 1, that “certain U.S. embassies and consulates to remain closed or to suspend operations on Sunday, August 4.”

It was later disclosed that all U.S. embassies and consulates across the Middle East and in parts of Asia will be closed on Sunday.


The reason for the unprecedented closure is a possible al-Qaeda-related threat to diplomatic posts.

As NBSNews.com noted, Sunday is President Barack Obama’s 52nd birthday, and it’s also the day Iran inaugurates Hassan Rowhani as its new president. But U.S. officials told NBC News they had heard nothing to indicate that the date was chosen for either of those reasons.

ABC news had even more specific information.  Reporters there claimed that a U.S. official had said the closings were due to a credible and serious security threat of the targeting of an “embassy or consulate in a Muslim country.”

“We just don’t know which one,” the official told ABC News.

According to CBSNews.com, as of 7:35 PM ET Thursday, at least 14 embassies had announced that they will close on Sunday in accordance with the State Department’s guidance.  These include the U.S. embassies in Bahrain, Egypt, Iraq, Israel, Jordan, Kuwait, Libya, Oman, Qatar, Saudi Arabia, United Arab Emirates, Yemen, Afghanistan and Bangladesh.

“There could be other targets, not just embassies,” another U.S. official said. The threat is considered to be throughout the Middle East, North Africa and South Asia.

U.S. Ambassadors, and not the State Department, usually determine when an embassy will close.  This is an unusual step.

It is possible the diplomatic posts will remain closed past Sunday.

Winning the war on terrorism?  Defeated al-Qaeda?  Doesn’t sound like it.

The Jewish Press will continue to update this story as details become available. 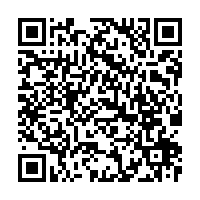