What was the least important headline of the day Sunday? If you’re thinking something in the gardening or cooking sections you’ll be totally wrong, because, after all, someone benefits from the information in those sections, even if in your case you flip to the hard news or the sports pages. In my humble opinion, the event that mattered least last Sunday, and that includes whatever happened that day to tadpoles in the Amazon jungles and a family of field mice in a corn field in Iowa, was the meeting between US Secretary of State John Kerry (72) and Palestinian Authority Chairman Mahmoud Abbas (80) in Amman, Jordan.

Those two men no longer matter. Neither one is here to stay for too long. Kerry will exit, along with his boss, come January 21, 2017. Abbas will exit some time in the near future. His four-year term as head of the PA began January 9, 2005, so it’s been an 11-year four-year term. The PA can’t declare another open election, because whenever they do that Hamas wins. So Abbas will stay until his 72 virgins come to visit.


“The Secretary and President Abbas discussed ongoing tensions between Israelis and Palestinians in the West Bank and Jerusalem, as well as at the Haram al-Sharif/Temple Mount,” went the DOS press release, which was repeated obediently — mindlessly, really — by the weekend editors of publications around the globe.

The Voice of America writer noted that “six months of Palestinian attacks on Israeli civilians, police, and soldiers have left nearly 30 Israelis dead, along with two Americans and an Eritrean.” And then, for the sake of compulsive balance, she added, “But police and soldiers have killed more than 160 Palestinians while attacking Jews or attempting to stab them with knives, or run them down with cars.”

Yes, you read right, the last line actually suggests those police and soldiers were attacking Jews at first, but then settled for 160 Palestinians. No one even bothers to proof those obligatory reports. Smita Nordwall, the VOA writer, could have written that 500 Palestinians were killed, no one would have even sent an email to correct her. No one cares.

“The Secretary continued to urge for calm and a decrease in violence, incitement and inflammatory rhetoric. He stressed the commitment of the United States to seeking a sustainable two-state solution and to working with all parties to that end. He also reiterated our policy on the illegitimacy of Israeli settlements.”

Yes, yes, of course he did. Must have 2-state, settlements bad, who took my whisky? If diplomacy were a standup comedy club, some blessed drunk would have flung a beer bottle at DOS Spokesman John Kirby at this point, yelling hoarsely, “Get off the stage, ya’ bum!”

Oh, and then, according to the same DOS press release, Kerry reviewed with Abbas “the progress achieved in Geneva this week by the ISSG and the UN, in particular the delivery of humanitarian assistance and the development of draft modalities for a cessation of hostilities in Syria.”

It’s raining in Amman, Jordan, with 47 degrees Fahrenheit and 93% humidity. Somebody probably made sure to open big umbrellas for the two worldly statesmen as they hurried to their limousines to recline in the back seats, each closing his eyes and slipping into a much deserved sleep. 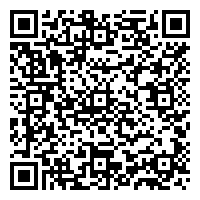