There’s an AP story making the rounds today, being parroted by every major media outlet, under the alarming headline: “Palestinians will outnumber Israeli Jews by 2020.”

The entire item is a verbatim citation of a Palestinian Central Bureau of Statistics press release, accompanied by no fact checking whatsoever. Nevertheless, by tonight, the entire civilized world will be quoting this headline as irrefutable truth, despite the fact that it is totally untrue, and was generated by the biggest pack of liars on the planet.

“The Palestinian statistics bureau estimates that Arabs will outnumber Jews in the Holy Land by the end of the decade, a scenario that could have grave implications for Israel,” goes the AP story with a straight face, explaining: “The bureau said Tuesday that 5.8 million Arabs live in Israel, the West Bank, Gaza and east Jerusalem. That compares to about 6 million Israeli Jews, according to Israeli data.”

Then the AP cites the analysis part of the press release, relating that the PSB “said that, based on current birth rates, the two populations would be equal in 2016, and, in 2020, Arabs would outnumber Jews by 7.2 million to 6.9 million.”

That’s a whole lot of Arabs, Virginia, but is it true? Inquiring minds would like to know.

First, let’s review the reliable information, collected in 2010 by the Israeli census service, regarding the non-Jewish population within Israel: 1,535,573, or 20.3% of the overall population. This number includes 278,000 Arabs in East Jerusalem and the Golan Heights. It also includes non-Arabs, such as Druze, Bedouins, and Cherkessians, who may possess Arab features, but would probably punch your lights out if you called them Arab.

The current world Crude Birth Rate is 19.4 births per 1,000 people. That includes every country on Earth. According to the PSB, the Palestinians are way higher than the average, at 24.56 births/1,000 population.

Also, when it comes to mortality rates, the Palestinians appear to be among the most vigorous and healthy people on this planet. The world average is 8.5 dead per 1,000, while over in the PA they’ve been holding it down to a mere 3.58 deaths/1,000 population.

This gives us a generous overall population of 3,800,000 Arabs both inside and outside the “green line.” Quite a bit fewer than the 4.5 million posted by the PSB for the Palestinian population alone.

How come, you may ask, the AP does not attempt to check the PA figures which depict Gaza and the “West Bank” as a kind of prolific Shangri-La, where hardly anyone ever dies and everyone is pregnant all the livelong day?

Because of the following article, the ultimate conclusion, designed to scare Israelis straight into capitulating before the 2-state “final” solution. The AP story concludes:

“The demographic issue is a main argument for Israeli backers of creation of a Palestinian state. They say relinquishing control of the Palestinian territories and its residents is the only way to ensure Israel’s future as a democracy with a Jewish majority.”

Demography as an Instrument of Opposition 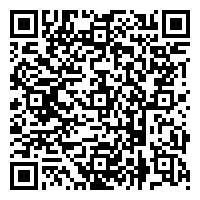