The Arab League mission to monitor Syria’s bloody crackdown on anti-government protests has suffered another blow, as a second member of the delegation threatened to abandon a mission that is rapidly losing its credibility.

A day after one delegate who left the mission told reporters of his frustration over the Syrian government’s lack of cooperation, another delegate threatened to leave Syria for the same reasons.

Several Arab League monitors were wounded in an attack on them while they carried out their work. Syrian authorities have ignored their requests to take steps such as removing weapons and military personnel from mosques in cities where protests have taken place, and the casualty rate in the army’s response to the protests has actually increased since the monitors began their work three weeks ago.

The ineffectiveness of the mission and the disgust expressed by at least two of its members have not only the Syrian opposition, but many observers across the Arab world, openly questioning its relevance. Syrian President Bashar Assad, in a speech to his nation on Tuesday, mocked the mission and declared it a toothless body.

On Wednesday, a French journalist was killed when grenades were lobbed at more than a dozen foreign reporters who were participating in a government-sponsored trip to one of the centers of protest activity. The government and the opposition blamed each other for responsibility.

Beyond Syria’s borders, an international embargo on arms shipments continued to be observed, as Cyprus diverted a Russian ship, heading to Syria with as much as 60 tons of weapons, to Turkey instead.

Larry’s Letters: Your Refusal to Attend the AIPAC Conference 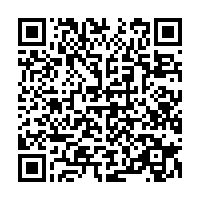