Secretary-General of the Arab League, Egyptian diplomat Nabil al-Arabi accused Tehran of “provocative acts” at an assembly of Arab foreign ministers on Sunday in Cairo. The meeting is debating Saudi Arabia’s recent spat with the Iranians. The emergency meeting was requested by Riyadh, following Iran’s harsh response to the Saudis’ execution of prominent Shia cleric Nimr al-Nimr.

Al-Arabi asked the group to “adopt a strong and clear common position calling on Iran to stop all forms of interference in the affairs of Arab nations.”


Al-Nimr’s execution on January 2 led to anti-Saudi demonstrations in Shiite countries, and in Iran demonstrators set fire to the Saudi embassy. Riyadh cut diplomatic ties with Tehran one day later, and was followed by several other Sunni nations, while a number of Sunni Arab countries downgraded their ties with Iran or recalled their ambassadors home.

The thousand-year war between Sunni and Shiite Arabs has found its most recent expression in Syria and Yemen, where Saudi Arabia and Iran support opposing sides. But the Arab League is now fearing an eruption of direct confrontations between the two major foes. 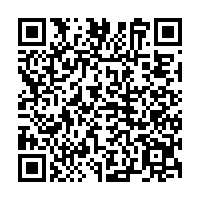