Two members of the delegation travelling with visiting Canadian Prime Minister Stephen Harper were shocked to see provocative and insulting behavior of Muslims and complacency of Israeli police during their visit to the Temple Mount Monday.


After the subject of the Temple Mount came up during the day and Blumenfeld said he wanted to ascend the Temple Mount, Day insisted that go along and even immerse in the mikveh (ritual poll) before, as required of Jews but not non-Jews.

If you’re going to experience something like a Jew, go all the way.

When the time tame to ascend the Temple Mount, Day and Blumenfeld discovered what Israelis go through every day, at least those who are allowed by police to visit.

First of all, the police inspected them and went through their pockets to make sure they were not carrying forbidden items, such as machine guns, bombs and a piece of Kleenex with a prayer scribbled on it.

They were warned not to pray and not to pick up any holy dirt from the holy site, which seems like a bit of a strange request. The Palestinian Authority has picked up a tons of holy dirt, along with artifacts that are evidence of the Holy Temples, in an effort to prevent exposure of proof beyond the Biblical account, which of course is part of a Zionist conspiracy to deny the Muslim claim that Jesus was a Palestinian and that the Zionist lobby made up all that other stuff.

After getting clearance, Temple Mount activists Rabbi Yehuda Glick  and Yoel Elitzur escorted Blumenfeld and Day to the Temple Mount for a visit of slightly more than an hour.

Towards the end, the action started, as seen in the video below.

Muslim men and women started screaming and yelling at the intruders. Glick, who has had his run-ins with police, complimented them on their handling of the situation. He told The Jewish Press that the law enforcement officers did a good job of separating the outraged Muslims from the visitors and preventing things from getting out of hand.

Day, who as minister dealt with police conduct, was not so impressed.

“If anyone in my country yelled at police like that, he would be arrested immediately,” he was quoted by Glick as saying.

Stockwell, by the way, is also active in the Canadian Center for Israel and Jewish Affairs.

In 2004, after the death of Yasser Arafat, Day was one of the few sane people who did not offer his condolences. 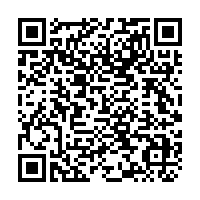