Ancient decorated bronze firepans for incense and vessels for pouring wine that were probably taken from a hiding tunnel system from the days of the Bar Kochba in the Judean lowlands and which were found in the possession of Arab bandits, were part of loot taken by Bar Kochba rebels in battles with Roman soldiers, investigators at the Israel Antiquities Authority (IAA) estimate.

These spectacular archaeological finds were seized by Jerusalem’s police from antiquities dealers last week. Police on patrol noticed during routine activity a car driving illegally. This aroused the suspicion of the policemen, and they stopped the vehicle and its occupants for inspection. To their amazement, the police found a crate in the trunk, containing impressive and unusual archaeological finds.


Inspectors from the IAA’s Robbery Prevention Unit who were called to the police station immediately understood that these were finds from the Roman period, in an exceptional state of preservation.

The treasure included two 2,000-year-old decorated bronze censers that were used for incense in rituals and in Roman houses and temples.

A bronze jug that was used to pour wine was also found in the collection. The vessel depicts a scene of a Roman banquet – a human figure lying in pleasure, holding a jug of wine in its hand.

A decorated stone bowl with three legs, Roman pottery candles, and hundreds of coins, dating to the Late Roman period, the 2nd and 3rd centuries CE, were also seized.

The bronze items are relatively rare in the country because metal was an expensive material, which used to be smelted for reuse. Such items are usually found at archaeological sites in circumstances in which they were deliberately hidden.

The discovery of the findings led to the opening of a criminal investigation by the IAA against the three suspects who were in the vehicle. The investigation raised suspicions that the items were brought to Jerusalem with the aim of selling them to an antiques dealer.

The Robbery Prevention Unit believes that the ancient items were robbed from a hiding system dating from the days of the Bar Kochba revolt, 130-135 CE.

The IAA explained that its belief that the tools were taken as booty by Bar Kochba fighters and were not created by the Jewish fighters stems from the fact that the tools are cult tools typical to the Romans, depicting pagan figures and symbols, contrary to the Jewish prohibition not to make statues.

In addition, in the days of the Bar Kochba revolt, the Temple was no longer standing and was destroyed 60 years prior to the revolt, so there was no longer a Jewish ritual of offering sacrifices or incense. When the Jewish warriors wanted to use such tools, they used to cut off the nose of the figures to annul the ban on idolatry.

Amir Ganor, director of the Antiquities Authority’s Anti-Robbery Unit, said that the site from which the artifacts are believed to have been taken was under their surveillance for several months.

“We recently identified unauthorized archaeological excavations at the site near the Tarkumiya crossing. Unfortunately, the robbers managed to escape. During their escape, they left behind ancient finds, similar to the finds now seized from the suspects. We believe that the finds seized in Jerusalem came from this site,” Ganor said.

IAA director Eli Escozido stated that the ancient finds “encompass the story of the land, but for the robbers and merchants, they are a commodity, offered for sale for greed and money. There is great value in thwarting the attempts to trade in antiquities, in seizing the valuable findings and returning them to the public and state.” 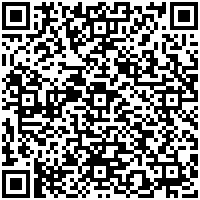