More than 500 mourners crammed into Schwartz Brothers-Jeffer Memorial Chapel in the Forest Hills section of Queens on Sunday to say farewell to Assemblyman Michael Simanowitz, who died September 2 after a two-year battle with cancer.

Friends and colleagues from Albany to Queens eulogized Simanowitz as an honest public servant and someone whose tremendous intellect and quick wit could be disarming at tense moments during closed-door conferences. Simanowitz had been appointed earlier this year to serve as chairman of the Assembly Majority Conference.

“For me, personally, I not only lost a dear and trusted colleague but a great friend,” Weprin told The Jewish Press.

“As a fellow Orthodox Jewish Assembly member from Queens, I have lost a real partner in advocating for all Jewish causes and fighting against anti-Semitism and BDS. May his memory always be a blessing and an inspiration to us all to do the right thing.”

“Words are not adequate to express how heartbroken I am that he is no longer with us, a thought I am sure my colleagues in the Assembly and throughout government share,” Heastie (D – Bronx) said in a prepared statement. “Our thoughts and prayers are with his wife Jennifer and their four children. May he rest in peace.”

Simanowitz, born in 1971, grew up in Forest Hills, was educated at local parochial schools including Yeshiva Tiferes Moshe, and received a Bachelor of Arts degree in political science from Queens College in 1993.

Upon graduation, Simanowitz became a planner and community liaison at the New York City Department of Housing Preservation and Development. Most notably he began his Assembly career in 1996 as chief of staff to Assemblywoman Nettie Mayersohn. Upon her retirement, Simanowitz succeeded Mayersohn in 2011.

This past session Simanowitz sponsored 57 pieces of legislation. A notable measure to which he did not attach his name was one requiring health insurance coverage for mammography by breast tomosynthesis, a 3-D Mammogram Technology which offers fewer false positives and up to 15 percent better detection.

In an impassioned three-minute speech on the Assembly floor Simanowitz, who was fighting breast cancer, said, “Unfortunately over the last couple of years I have gotten very educated on the issue of mammography versus ultrasound versus 3-D imaging. Unfortunately the message has been very slow in trickling down to the insurance companies and unfortunately the insurance companies may not be getting the message and have been putting out some very misleading policies to their participating doctors.

“Sometimes it’s better to have routine testing, it’s better to get a mammogram twice a year or once a year and get ultrasound twice a year and get 3-D mammography every six months, whatever the case may be. That decision needs to be between the patient and the physician or the radiologist, not at the whim of an insurance company. Let me just remind everyone in this room…it’s just not a woman’s disease. Get tested.”

(The American Cancer Society estimates 2,470 new cases of invasive breast cancer will be diagnosed in men in the United States in 2017 and approximately 460 men will die from breast cancer.)

The measure unanimously passed the Assembly and Senate but has not yet been sent to the governor for his signature. October is breast cancer awareness month so it is likely the governor is waiting until then to sign the bill.

“Mike was very proud of being an Orthodox Jew,” recalled Jeff Leb, president and founder of the lobbying firm Capitol Consulting.

“Fifteen years ago, and even currently, there weren’t many Orthodox Jews in government. Mike felt it was incumbent on each of us to constantly make a Kiddush Hashem, a sanctification of God’s name, in our actions and how we conducted ourselves.

“Despite having the long commute to Albany for half a year, he had pure enjoyment representing his district and constituents and proudly wearing his yarmulke and representing the Orthodox Jewish people. When in Albany, Mike woke up very early every morning to attend Shacharis and always offered me a ride there as well.”

Simanowitz was a regular at Congregation Beth Abraham-Jacob in Albany on session days.

“He was always so buoyant and jovial – even at 6:40 a.m.,” said Rabbi Roy Feldman, spiritual leader of CBAJ. “He always had a smile on his face when he came to shul. He usually came together with Senator Simcha Felder and the two of them had a rapport similar to that of a vaudeville duo, very cheerful and quick to crack a joke.

“He davened seriously out of his line-by-line translated siddur, the kind people who really want to know what they’re saying use. He also took interest in our synagogue and was eager to help us when needed. May his family be comforted among all of us who mourn for Zion and Jerusalem.”

Also sharing fond memories of the three-term Democrat was Assemblyman Dov Hikind (D – Midwood, Brooklyn) who sat behind Simanowitz in the Assembly chamber.

“That’s where his heart was, that’s where his soul was; his love, his passion, was for the Jewish people. He was funny. He was clever about the things he said. He always had a comment that would just disarm you, make you feel comfortable, make you laugh, make you smile. That was who he was. That was the essence of him. He felt deeply about the issues affecting the Jewish community.”

“How fragile life can be,” Hikind added. “How thankful we have to be. All of us knew he was sick…. [But] if you looked at him you wouldn’t know that things were really bad. I said, ‘Michael you look really good, kein ayin hara. You know what he said to me? He said, ‘Looks are deceiving.’ ”

The kevurah was in Israel Monday afternoon at the Eretz HaChaim Cemetery in Beit Shemesh. 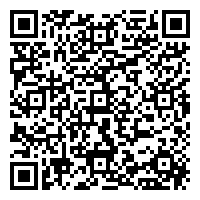