A Palestinian Authority Arab was killed in an attack on Israeli soldiers during clashes Tuesday morning outside Dehaishe, south of Bethlehem.

Malik Akram Shaheen, 20, was participating in a day of mob violence that followed an Arab terror attack Monday on a Jewish man in Hebron.


The Israeli victim, an Israeli in his 40s, was near the Cave of the Patriarchs when he was stabbed. He was seriously wounded; his Arab attacker — 21-year-old Ihab Fathi Miswadi — was shot and killed by security personnel.

Shaheen was shot during the riot, according to a report by the Bethlehem-based Ma’an news agency, which serves as a mouthpiece for the Palestinian Authority.

The news agency reported that Shaheen sustained a gunshot wound to the head and was bleeding heavily when he was evacuated to a hospital in Beit Jala. He succumbed to his injuries, Ma’an reported.

A local, unnamed group announced a Day of Mourning for Shaheen on Wednesday, according to the Arab news agency — but as it has in similar coverage, Ma’an did not attribute its source, nor did it name the group that was behind the so-called ‘Day of Mourning,’ an event that often becomes a ‘day of rage’ with more violence.

Marches are also reportedly planned for Daheishe and Bethlehem as part of the day’s events, according to the report, with no information about who is organizing them. Often it is terrorist groups. 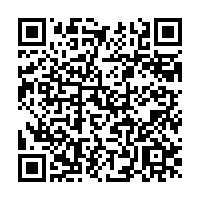