One of the three Israeli victims has been identified in the suicide bombing attack in Istanbul on Saturday. A fourth national was also killed.

The attack by a suicide bomber who blew himself up in central Istanbul occurred near two tour groups who were walking on Istiklal Street. The blast left 11 Israelis and 26 others wounded, including seven in critical condition.


Among the dead was Simha Demri, 60, of Dimona, who was on a culinary tour with her husband Avi, who suffered wounds to his legs and a punctured lung.

The terrorist detonated his bomb about four meters away from the group, according to Demri, who had spoken with Ynet about the attack before he was told about his wife’s death. He noted that both his legs were broken and that he could “barely breathe.”

Prime Minister Benjamin Netanyahu told media, “There is information that this was an attack by a member of ISIS. But this is preliminary information. In cases like this, we cooperate with other countries’ intelligence agencies.” 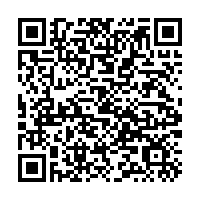