A 12-year-old Syrian boy arrived over the weekend to an Israeli hospital with injuries to his arms, leg, and eyes sustained from a mortar attack on his home near Damascus. The boy was led on a donkey by his brother up the slopes of Mt. Hermon to an IDF base on the mountain, from where Israeli forces evacuated him to Ziv Medical Center in the northern town of Safed.

A spokesman for the hospital told Tazpit News Agency that the boy is the latest of 358 injured Syrians to be treated there in the last year and a half, most of them victims of the Syrian civil war.


Since the outbreak of the conflict, a total of some 1,200 Syrian medical refugees have received treatment in Israeli hospitals, according to the IDF. Among these is a large proportion of young adult males, some of whom are tacitly understood to be combatants fighting for various sides in the war. Gil Maor, a spokesman for the Safed hospital, stressed that the hospital “does not ask questions” about the origin of the patients, telling Tazpit that the hospital receives “everyone who comes.”

“We don’t check where they’re from,” he added. “We are a hospital. If someone comes in an ambulance to us for treatment, we take them.”

The hospital reported that the 12-year-old boy is currently blind, and that there was a small chance of saving one of his eyes. He arrived with serious injuries to both arms, his right hand having been amputated in a hospital in southeastern Lebanon, where the boy said that he was taken by his family for initial treatment.

The boy explained that after the amputation they were prevented from returning to their Damascus-area home by the fighting, so he was sent toward the Israeli border with his brother, where he led the blind boy on a donkey to the safety of the IDF post.

Maor said that the patient is “irreversibly blind in one eye, and the second is not in good condition,” but added that doctors are fighting to save it in what will be a long treatment process for the youth.

The hundreds of Syrians treated at the hospital since the outbreak of the war include some 50 children and 30 women. The remainder have been adult males, at least some of which have been injured in the combat. A number of other Syrian medical refugees have been treated in hospitals in the northern Israeli cities of Nahariya, Tveria and Haifa, as well as in a field hospital in the Golan Heights run by the IDF.

The spokesman explained that in cases of Syrian patients the hospital bill is sent to the Israeli Ministry of Health or Ministry of Defense. Afterwards, the patients are returned to the custody of the IDF. A spokesperson for the IDF told Tazpit News Agency that Israeli defense forces often coordinate the return to their homes Syria.

He added that most of the Syrian cases are sent to the surgery and orthopedic departments, reflecting physical traumas sustained in the war. He added that the patients are treated no differently than any others, with the exception of an IDF guard that the government often stations in the patients’ rooms for their for protection.

Political tensions from the conflict have spilled over into Israel, as witnessed by the emergence of support expressed for the Islamic State movement in Arab towns in the north, and present the patients with a credible threat to their well-being. The hospital spokesman explained that due to competing loyalties among Israeli Arabs for the various factions in the Syrian conflict, there have been attempts by local patients to harass injured Syrians, with at least one patient being verbally assaulted since the stream of refugees began arriving. 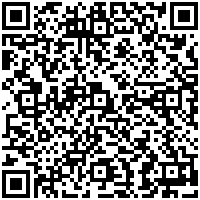