A 13-year-old Israeli girl was murdered Thursday morning by an Arab terrorist who stabbed her in her bed in the community of Kiryat Arba, near Hebron.

The terrorist breached the community’s security fence just before 9 a.m. and entered the home of the Ariel family, stabbing the sleeping daughter, Hallel Yaffa, multiple times in her bed. Hallel, an eighth-grader, died of her wounds soon afterward.

The terrorist, 17-year-old Mohammed Tarayra from the nearby Arab village of Bani Na’im, east of Hebron, was killed by security forces at the scene.

A 31-year-old local security volunteer who attempted to subdue the terrorist was also stabbed, as well as shot inadvertently by Israeli security forces. His wounds are moderate to severe.

“My daughter was sleeping, calm and peaceful, and a terrorist just got into her bed and murdered her,” Hallel’s mother, Rina, told Israeli media, weeping. “I ask that everyone consider our pain, that you come to console us, come to encourage us, to say that Kiryat Arba is ours and is a place where it’s possible to live and not die, to continue with our love for the place and the land.”

“We received a call about a terror attack in Kiryat Arba, and we arrived there and saw two wounded victims, including a girl who was about 14 or 15 years old,” Magen David Adom paramedic Devorah Aviad told Tazpit Press Service (TPS). “She was very seriously wounded from a number of injuries in the center of her body.”

Hallel Yaffa Ariel was rushed to Shaare Zedek Medical Center in Jerusalem where she later died of her wounds.

The second victim, in moderate to severe condition, was transferred to the trauma center at Jerusalem’s Hadassah Medical Center where he is being treated for gunshot wounds in both the upper body and legs, the hospital announced.

Since the attack, the village of Bani Na’im has been placed under lockdown.

“In the coming hours, the IDF is preparing to carry out a full closure on the village of Bani Na’im where the terrorist who carried out the terrorist attack in Kiryat Arba came from,” the Israeli military announced. “Additionally, IDF forces are currently operating in the village and entering the house of the terrorist for the purposes of investigating.”

“We are deeply hurt and share the pain of the Ariel family,” said the local Hebron Council in a statement following the attack, placing the blame on the Palestinian Authority. “We will rise up stronger, resolute and with faith that justice will prevail.”

The victim was related to Uri Ariel, Israel’s minister of agriculture and rural development, who tweeted: “Arab terror has struck our family, but the response must be national. Dettering terrorists, redoubling building and planting in Judea and Samaria, and applying Israeli sovereignty to Area C.” 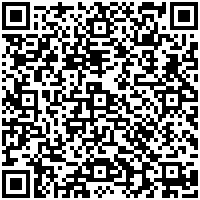