Prime Minister Binyamin Netanyahu offered his condolences Sunday to the family of 16-year-old Shira Banki, who succumbed to wounds she suffered after being stabbed Thursday at the Gay Pride Parade in Jerusalem by convict Yishai Schlissel of Modi’in Illit.

“Shira was murdered because she courageously supported the principle according to which everyone is entitled to live their lives in dignity and safety,” Netanyahu said in a statement released to media.


“We will not allow the abhorrent murderer to undermine the fundamental values upon which Israeli society is based. We strongly condemn the attempt to instill hatred and violence in our midst and we will deal with the murderer to the fullest extent of the law.”

“The murder of this young girl at the Gay Pride Parade on the streets of Jerusalem is a criminal offense,” the mayor said in a statement.

“We will continue to allow full freedom of expression in this city, we will continue to support all groups and communities, we will enhance education and tolerance for others in our school system, and we will not be deterred by those who are trying to prevent it.”

Schlissel stabbed six people at the event in a repeat of a crime he committed 10 years ago at a similar parade, when he wounded three people. He served a decade in prison for that attack, but was released several weeks ago.

The attacker lunged into the crowd as the parade was heading down Rehov Keren HaYesod, wildly stabbing as many people as he could, before he was tackled by police. He managed to reach six, including Shira Banki, before police stopped the stabbing spree and arrested him, while blocking off the crime scene. The victims were treated on the scene by Magen David Adom paramedics before being rushed to local hospitals. All were in serious to critical condition.

Banki’s family has agreed to donate her organs, the Hadassah Medical Center announced. 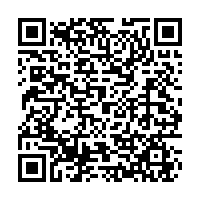