As the JewishPress.com reported earlier, just about at the close of Shabbat in Israel, two Arab terrorists stabbed a 17-year-old Israeli as he and a friend were leaving the Kotel after evening prayers.

It is now known that the Israeli victim was a student at Magen Shaul Nokdim, a pre-army mechina, and had become an Israeli citizen just one month ago. The young man was listed in fair to good condition when he was taken to Hadassah Medical Center’s Mount Scopus campus.


The victim’s name had not yet been released as his family, back in Brooklyn, were still observing Shabbat.

The 17-year-old said that despite having been the victim of a terrorist stabbing, he would not be deterred from his plan to join the IDF.

According to Walla, the stabbing victim was able to speak about the attack from his medical bed: “I did not see him [the stabber], he came from behind and stabbed. There were two stabbers, they were young.”

He also said that that he was unafraid, and that “now I’m enlisting in the army and I will give everything.” He hopes to join an elite unit in the Israeli Defense Forces. “God willing, I want to join the Sayeret Matkal,” he said.

As reported earlier, two Arab teenagers, both minors, have been taken into custody for interrogation relating to this terrorist attack. 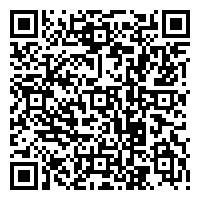