Jerusalem district police closed all entrances to the Old City Monday evening after two men were stabbed by Arab assailants near the Jaffa Gate.

A 45-year-old man managed to drag himself to the Kishleh police station with stab wounds in the abdomen, and said he’d been stabbed by Arabs.


A second man, age 32, was also hurt. He suffered wounds to the neck, and had a broken hand.

Both were rushed to Shaare Tzedek Medical Center in Jerusalem.

Police said three Jewish students from the Breslov Chassidic Yeshiva ‘Shuvu Banim’ were stabbed and beaten by a group of Arabs who surrounded them and then fled immediately following the attack.

It is not clear how the confrontation began, nor whether there was an argument and if so, who began it. However, Israel Police spokesperson Micky Rosenfeld said authorities “strongly believe” the incident was a terror attack.

Three of the suspects who were arrested reportedly are Arab residents of Jerusalem. In an odd twist, two Jews reportedly were also arrested in connection with the attack, according to The Muqata, although no details were provided.

In the past month, 11 Israelis have died at the hands of Arab terrorists in Israel. The figure includes five victims who were murdered in a bloodbath last week at a Jerusalem synagogue perpetrated by two terrorists from the Popular Front for the Liberation of Palestine (PFLP). 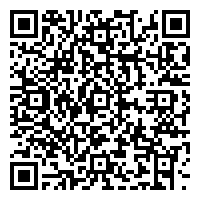