Saudi Arabian King Salman has turned to the United Nations seeking “urgent measures” to stop what he called Israel’s “violations” on the Temple Mount, warning of a possible “religious war” if the violence at the site is not stopped.

Of course, the violence and provocations are started and perpetuated by Palestinian Arab Muslims, each and every time — but somehow that salient fact is disregarded by every single foreign party to the discussion.


Moreover, the so-called “violations” referred to by the king have consisted of measures enforcing the status quo that allows the presence of Jewish and other visitors in the Temple Mount compound for a number of hours each day. No one other than Muslims have ever been allowed to enter the Al Aqsa Mosque.

That changed this week, however, when it became clear that “worshipers” were in fact combatants stockpiling rocks, bottles, firebombs and firecrackers inside the mosque to use as weapons against police and Jewish visitors during the morning hours.

On Wednesday, police entered the mosque after receiving concrete intelligence about the weapons cache, and indeed found what they sought, after a battle with the “worshipers.”

A similar operation had taken place earlier in the week before the start of the Rosh Hashana holiday, when Israeli police seized pipe bombs stockpiled inside the mosque with rocks and other weapons.

The Arabs had started to hurl their projectiles at the Mughrabi Gate, where non-Muslims enter the Temple Mount, prompting police to enter the site and also to search for the weapons cache.

Ignoring all of these religious violations of their own holy sanctuary by the so-called “worshipers,” however, King Salman instead expressed “strong condemnation of the dangerous Israeli escalation” at the site, the Saudi Press Agency reported.

The king “called for serious and speedy international efforts and for the intervention of the Security Council to take all urgent measures to stop these violations,” the news agency said.

Palestinian Authority leader Mahmoud Abbas also added a few words, telling eastern Jerusalem activists this week at a meeting in Ramallah, “Al Aqsa is ours, the Holy Sepulcher is also ours. They have no right to dirty the mosque with their filthy feet, we won’t let them do it.”

And instead of pouring oil on the troubled waters, Jordanian monarch King Abdullah II has simply added more fuel to the fire despite maintaining a peace treaty with Israel, that gives Amman custodianship rights over Muslim holy sites in Jerusalem since 1994.

The Hashemite monarch warned Tuesday in a statement that “any more provocations in Jerusalem will affect the relationship between Jordan and Israel, and Jordan will have no choice but to take action.”

Israel’s Prime Minister Binyamin Netanyahu has consistently maintained the country has no interest in changing the status quo. This also includes, however, the rights of Jews and other non-Muslims to visit the site regardless of Muslim opposition to their presence.

Israel Police arrested eight Palestinian Arabs on Thursday, including six minors, all of whom were suspects involved in recent clashes with security forces.

Since the start of this week, at least 14 Israel Police officers have been injured by violent Arabs hurling rocks and firecrackers at them.

At least 36 Palestinian Arabs have been arrested in riots so far this week as well.

Salman complained that the “attack on worshipers” violates the sanctity of faith and “contributes to feeding extremism and violence in the world,” SPA reported, adding that the king said much the same in phone calls to the leaders of Russia, the UK and France. 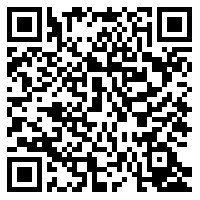