Clashes broke out between IDF soldiers and Palestinian Arabs in a village near the eastern Gush Etzion Jewish community of Tekoa on Thursday afternoon.

The confrontation was allegedly triggered when the military security coordination in Tekoa fired into the air to warn off villagers who had begun hurling rocks at a vehicle belonging to one of the families from Tekoa.


Residents of Tekoa had traveled to the Arab village near their town to protest Palestinian Arab stone-throwing attacks that injured a woman and a six-month-old baby, and traumatized two other young children a few hours earlier. The father was uninjured.

Israeli motorists driving in two separate cars had come under attack (Thursday Oct. 1) by Palestinian Arab terrorists on the road near near the community, which is located close to the Herodian, site of the ancient tomb of King Herod.

Both drivers continued to navigate their vehicles until they reached the safety of Tekoa, where they were able to inspect the damage to their cars.

Medics from the Magen David Adom emergency response service provided first aid to the woman who sustained a leg wound, and the six-month-old baby who was cut by flying glass.

Two other young children were badly traumatized and required treatment for anxiety after the attack. 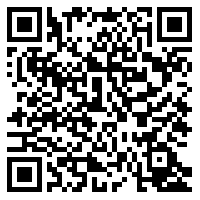