During the past 30 years, the biblical narrative relating to the establishment of a kingdom in Biblical Judea has been the subject of many debates among hostorians and archaeologists. Were David and Solomon historical figures, rulers of an urbanized state-level society in the early 10th century BCE, or did the dwellers of Eretz Israel reach this level of social development only at the end of the 8th century BCE, a whole 300 years later?

Recent excavations conducted by Prof. Yosef Garfinkel of Hebrew University and Saar Ganor of the Israel Antiquities Authority at Khirbet Qeiyafa, the first early Judean city to be carbon dated, clearly indicate a well planned and fortified city in Judea as from early as the late 11th to early 10th centuries BCE. This new data has far reaching implication on the study of the archaeology and history of the area, as well as, possibly, on biblical studies.


Khirbet Qeiyafa is located close to 20 miles southwest of Jerusalem, on the summit of a hill that borders the Elah Valley on the north.

One of the world’s most famous battles took place in this area, between David and Goliath.

It was a key strategic location in the biblical Kingdom of Judea, situated on the main road from Philistine region and the Coastal Plain to Jerusalem and Hebron in the hill country.

The city was constructed on bedrock, an area of 2.3 hectares, surrounded by massive fortifications of megalithic stones. Five seasons of excavation have been carried out in 2007 through 2011, five areas of the site (Areas A-E) were examined, and nearly 20% of the city has been uncovered. The expedition excavated 200 yards of the city wall, two gates, a pillar building (possibly a small stable) and 10 houses.

The city has the most impressive First Temple period fortifications, including a fortified city wall and two gates, one in the west, the other in the south. The gates are of identical size, and consist of four chambers. This is the only known city from the First Temple period with two gates.

The urban planning of Khirbet Qeiyafa includes the fortified city wall and a belt of houses abutting the casemates, incorporating them as part of the construction. Such urban planning has not been found at any Canaanite or Philistine city, nor in the northern Kingdom of Israel, but is a typical feature of city planning in Judean cities: Beersheba, Tell Beit Mirsim, Tell en-Nasbeh and Tell Beth-Shemesh.

Khirbet Qeiyafa is the earliest known example of this city plan and indicates that this pattern had already been developed by the time of King David.

The city came to an end in a sudden destruction, as indicated by hundreds of restorable pottery vessels, stone utensils and metal objects left on the floors of the houses. During five excavation seasons, very rich assemblages of pottery, stone tools and metal objects were found, as well as many cultic objects, scarabs, seals and the most famous Khirbet Qeiyafa ostracon, an inscription written with ink on a pottery sherd.

Researchers: ‘We Have Found Biblical Ziklag’

Archaeological Evidence of the Kingdom of David 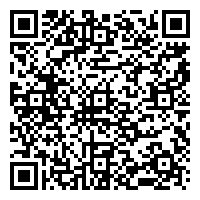