Ten police officers were injured, one seriously, six required medical care in hospital, at a Thursday night demonstration of an estimated 35 thousand Haredim (police estimated the crowd at 25 thousand, the higher estimate comes from Channel 10 News), in front of the recruiting office in Jerusalem. Three demonstrators were also injured and were taken to hospital. Eight Haredi demonstrators were arrested for questioning.

The demonstrators rallied “against the evil decree of conscription,” following publication of the proceedings of Minister Yaakov Perry’s “Equal Burden” Committee. Driven mostly by the more radical members of the Haredi community—while the established Haredi parties and political institutions did not urge their supporters to join, and some, including Rav Ovadia Yosef, discouraged participation—demonstrators threw stones and water bottles at the crowd control police, pushed garbage collection carts at them and set fire to garbage containers.

Jerusalem Police Chief Yossi Parienti said the protest organizers failed to meet the terms of their license and the police will investigate them.

Giant ads posted in Haredi neighborhoods called for a “rally of tens of thousands” against “the Zionist regime in the Holy Land,” which is engaged in a culture war against the Haredi population.

“Remember, your fate and the fate of your descendants is in your hands,” said the rally ads issued by Haredi community leaders, arguing that only participation by tens of thousands in the protest would save the public from the scourge of the draft.

The head judge of the Eda Haredit (Haredi Community) court, Rabbi Tuvia Weiss, told the protesters that the Haredi Community opposes any compromise on the draft. Finance Minister Yair Lapid said that his party will fulfill its promise to voters on the equal burden. He wrote on his Facebook page that serving in the IDF is not an “evil decree.”

The office of Minister Yaakov Perry response to the rally was that the emerging new bill regarding the draft is part of a much needed reform necessitated by the reality in Israel and the current state of sharing the national burden, alongside the preservation of the value of Torah study. According to the committee, the recommended path for Haredi society begins with military service and continues into civilian employment. 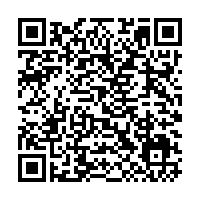