(JNi.media) Israel’s Interior Ministry has summoned four east Jerusalem residents accused of involvement in terror attacks for a hearing on revoking their residency. Three of them, residents of Jabel Mukaber, a predominantly Arab neighborhood in south-east Jerusalem next to Talpiot, are accused of throwing stones that caused the death of Alexander Leblovitz in Jerusalem on the eve of Rosh Hashanah. The fourth one, a resident of Sur Baher, east of Ramat Rachel and northeast of Har Homa, is accused of attacking a woman on the bus at Armon Hanatziv last week.

Interior Minister Silvan Shalom (Likud) said that revoking terrorists’ residency is one more step in the effort to deprive Israelis who engage in terrorism of their rights and benefits. Shalom called the four men’s actions “a blatant breach of trust with Israel.”


Several human rights NGOs, including Hamoked and B’Tzelem, have recently objected to the Netanyahu cabinet’s October 14 decision to start applying residency revocation as punishment to east Jerusalem Arabs engaged in acts of terrorism. Arab residents of east Jerusalem have been obligated to take Israeli residency or lose their right to live in the city following the annexation of the eastern neighborhoods in late June, 1967. The international community considers east Jerusalem to be de facto annexed by Israel, and the UN General Assembly resolution 67/19 of November 29, 2012 unambiguously speaks of “the annexation of East Jerusalem.” 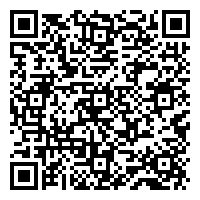