On August 4, 2005, an AWOL IDF soldier named Eden Natan-Zada opened fire on a bus in the predominantly Arab town of Shfar’am (pop. 35,000) in northern Israel, killing 4 Israeli Arabs and wounding 20. He was captured by police, disarmed and cuffed, and then was beaten to death by the crowd, with the video cameras rolling.

The defendants were also charged with assaulting policemen under aggravated circumstances, obstructing justice, and rioting.


Once the cops had arrived and handcuffed Natan-Zada, dozens of local residents charged at the bus, stoned the prisoner, smashed the windows with iron bars and managed to enter the bus. The beat up the prisoner and kicked him, and one of them smashed his head with a stone. The lynching continued for one and a half hours.

On Monday, a district court in Haifa acquitted all 7 defendants in Natan-Zeda’s lynching trial of the charge of attempted murder. Out of the group, 4 were convicted of attempted manslaughter, and two of aggravated assault. One defendant was acquitted of all the charges.

The judges decided that the action undertaken by Natan-Zada prior to the lynching constituted a major provocation, evoking uncontrollable rage in the crowd, which is why the defendants could not be accused of murder or attempted murder.

Hundreds of Israeli Arabs, including many residents of Shfar’am, demonstrated outside the Haifa court in preparation for the verdict.

At the time of the shooting at the bus, the AWOL soldier carried in his pocket an orange ribbon, which started a rumor that the shooting was done in protest of the Gush Katif evacuation, which took place a little over a week later. 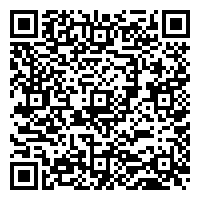