A concert this Sunday at the Ira & Nancy Koger Center for the Arts in Columbia, SC, will commemorate the rescue in World War 2 of 49,000 Bulgarian Jews from being shipped to the Nazi death camps.

The Songs of Life Festival presentation, which includes as its centerpiece the oratorio “A Melancholy Beauty” by Bulgarian composer Georgi Andreev, will bring together 200 musicians from South Carolina and around the world. The music is in honor of the 70th anniversary of the saving of the Jews by religious and political leaders in Bulgaria.


The work will be presented in Charleston, NC on Saturday at the Charleston Music Hall before coming to Columbia the following evening.

According to The State, the concert was conceived by Kalin Tchonev, a Bulgarian native, and his wife Sharon, whose Bulgarian grandparents were saved by their gentile neighbors. The couple founded the South Carolina music production company Varna International 15 years ago.

“Three times the deportation was canceled,” Sharon Tchonev described the historic context of the new work. Although Bulgaria was allied with Nazi Germany, she said, King Boris III, who is featured in the oratorio, “played his cards closely” to defy Hitler’s orders.

The Eastern Orthodox Christian church was most powerful in its opposition, expressing outrage and pressuring the king and government officials, particularly after Jews in Bulgarian-annexed lands of Macedonia and Thrace were deported to Auschwitz and Treblinka. The story is told of one priest who scaled a wall where Jews were being held in one city and said he would go wherever they went.

The couple commissioned composer Andreev, chief conductor of the State Folklore Ensemble, and librettists Scot Cairns and Aryeh Finklestein to create the work. 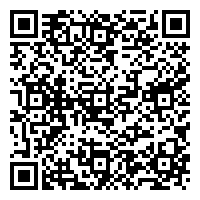