On Saturday, 86 more convicted Islamic terrorists and security prisoners announced they ended their hunger strike which began last week. Last week, 100 of the approximately 1100 hunger-striking terrorists ended their strike, pushing the number to 186, according to a YNet report. Most of the hunger-strikers are from the Palestinian Authority’s Fatah faction.

84 of those that quit on Saturday are jailed in the Gilboa prison up north, two are in the Megiddo prison.


Prison guards also discovered last week that some of the supposedly hunger-striking terrorists are secretly noshing.

In 2004, terrorist leader Marwan Barghouti was secretly filmed eating while his fellow terrorists were hunger-striking. Barghouti was placed in solitary confinement last week, so the other prisoners don’t know right now whether or not he is eating.

The hunger striking terrorists are demanding more cable TV channels, more and extended family visitations (cancelled by the Red Cross due to budget cuts), public telephones in the security wings, and being allowed to continue studying towards degrees at Israel’s Open University.

On Thursday, the Ichud Leumi party held a free BBQ outside of Ofer Prison, where many of the terrorists are hunger striking. They ran a large fan to push the savory odor towards the prison walls.

Eventually, the police shut the BBQ down. 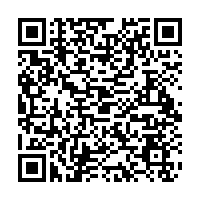