BEN GURION AIRPORT – On Tuesday morning, 221 new olim from across North America including 14 U.S. states, the District of Columbia and four Canadian provinces, landed in Israel. The flight, chartered by Nefesh b’Nefesh, was facilitated in cooperation with Israel’s Ministry of Aliyah & Immigrant Absorption, The Jewish Agency for Israel, Keren Kayemeth Le’Israel, and JNF-USA.

On board were 32 families including 95 children and 53 singles, of whom 12 will be joining the Israel Defense Forces.


Over 2,000 olim will be making aliyah to Israel through Nefesh B’Nefesh this summer.

“This is a time when we are seeing increased Aliyah from the free, Western world. Jews are coming to Israel from Western countries not because it is a refuge, but rather because Israel is attractive to people who are looking for a meaningful Jewish life, for freedom, personal security, and for the chance to play a part in the evolution of Jewish history,” said Chairman of the Executive of The Jewish Agency for Israel Natan Sharansky.

“The increasing numbers of Olim are a result of the partnership between the Government of Israel, The Jewish Agency, and organizations like Nefesh B’Nefesh,” Sharanksy added.

Nefesh B’Nefesh Co-Founder and Executive Director Rabbi Yehoshua Fass noted that the new immigrants will help contribute to the future of the state of Israel.

“The hundreds of new Olim on today’s flight, and the thousands who will be joining them over the course of this year, are the modern-day pioneers helping to build and secure the future of the State of Israel,” said Rabbi Fass.

“Over the past thirteen years, it has been an incredible privilege assisting over 45,000 Olim who are fulfilling their dreams, and the hopes of our nation, by returning to the Jewish homeland,” the Nefesh B’Nefesh executive director noted.

Since 2002, Nefesh B’Nefesh, together with its partners, has brought 45,000 olim to Israel from the U.S., Canada and England. The support and comprehensive social services provided by Nefesh B’Nefesh to its almost 45,000 newcomers has ensured that over 90% of its olim have remained in Israel.

At the departure ceremony held at JFK Airport in New York, on Monday, July 13, friends and family saw the olim off as well as notable guests including Israel’s Minister for Senior Citizens, MK Gila Gamliel and Permanent Representative of Israel to the United Nations Ambassador, Ron Prosor.

Among the new arrivals, 46 new olim will be moving to Israel’s northern and southern peripheries as part of the Nefesh B’Nefesh and Keren Kayemeth Le’Israel’s Go North and Go South programs. 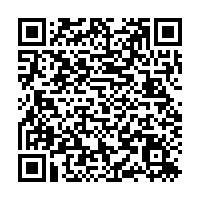